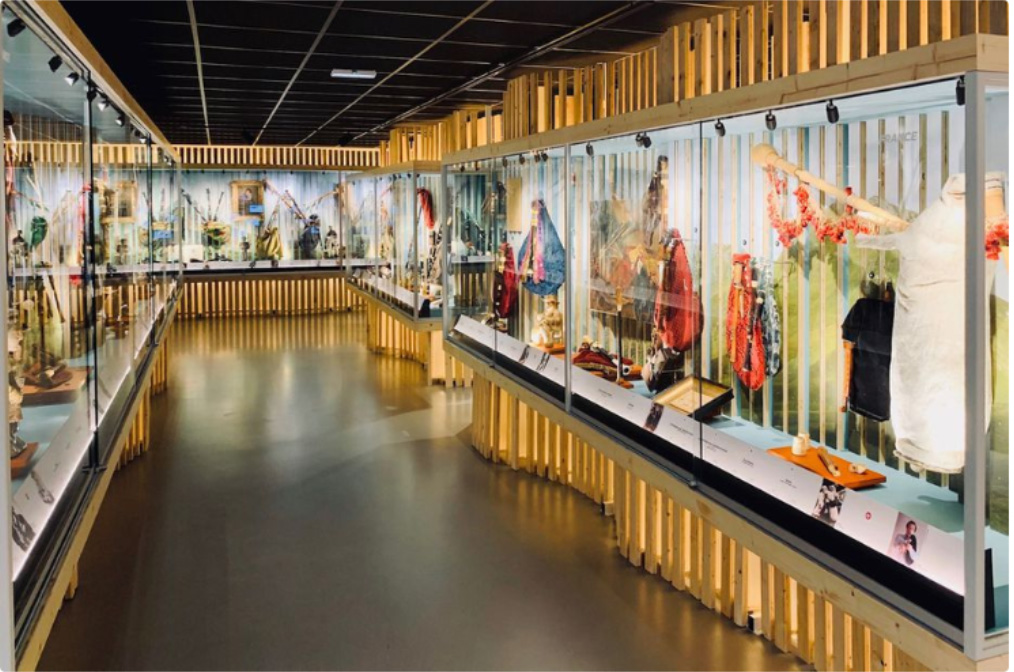 info_outline
You are here: Home / Regions / Occitany / 12-Aveyron / The largest bagpipes and cabrettes museum in the world

The largest bagpipes and cabrettes museum in the world

In the hamlet of Vines, in Cantoin, the bagpipe museum of the Massif Central offers you an immersion in the world of this instrument like no other.

An exceptional exhibition of the main bagpipes of the world and many other surprises on the instruments cousins of the cabrette.

The ambition of this project is to preserve and present the musical heritage of the Massif Central and in particular to bring together in a public place the many actors who created the so-called Auvergne culture and to ensure that this heritage is preserved and passed on.

No definitive answer is really available today on the origin of the bagpipe.

The oldest of the bagpipes comes from a sarcophagus found in Mesopotamia and dated 5000 years before J.C. The aulos in the Hellenic civilization, the bagpipe of the "Roman de Flamenca" then the baroque musette played from 1600 to 1750 approximately, in particular the one represented by Watteau in the 18th century.

Through the baroque musette, the bagpipe passes from the oral tradition to the written music.

If it falls into oblivion after the revolution, it survives however through many more popular bagpipes which will borrow its shape, its bore, its bellows, its bumblebees grouped together on the side or its case with balls and this as well in France (cabrette, musette Béchonnet), as abroad.

Formerly the bag, or pocket, this goatskin sack which would have given it its name was inflated at the mouth like most of the bagpipes.

The addition of the bellows is recent. It goes back to the middle of the 19th century and corresponds to the first important flows of emigrants to the capital.

It is probable that the manufacturers of course bagpipes, in loss of speed, found with the people of the Massif Central a clientele, giving them the advantage of getting less tired and obtaining a piercing sound more or less sour.

Many Parisians then called this instrument "la musette".

At the beginning of this century, the marriage of the accordion and the cabrette gave birth to the bal musette.

What we are sure of is that the Auvergne colony was the artisan of the maintenance of the instrument which was quite ready to disappear.