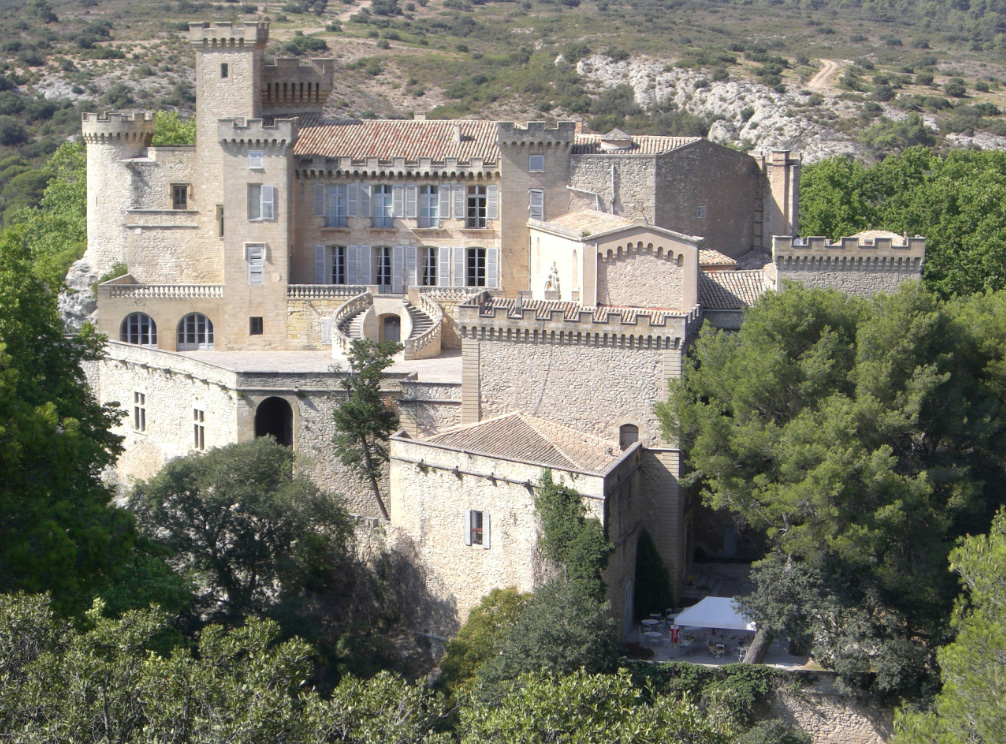 info_outline
You are here: Home / Regions / Provence Alpes Côtes d'Azur / 13-Bouches-du-Rhône / The castle of La Barben and its Mistral Rock, inspired by the Puy du Fou

The castle of La Barben and its Mistral Rock, inspired by the Puy du Fou

The castle of La Barben has been classified as a historic monument since 21 December 1984.

The "castrum of La Barben" is already mentioned in 1009 but its exact date of construction, probably before the year 1000, is unknown.

In the 15th century, it belonged to King René who sold it in 1474 to Jean II de Forbin, brother of Palamède de Forbin, known as the Great, who was the architect of the reunion of Provence with the Crown of France in 1482. It remained the property of the Marquis de Forbin for nearly five hundred years.

On November 4, 1630, the castle of La Barben had to suffer seriously from the revolt of the Cascaveous.

In 1963, the new owner, André Pons, an agricultural engineer, moved in with his family and opened it to the public in 1965.

On December 31, 2019, the castle is sold to Vianney Audemard d'Alançon who also owns the castle of Saint-Vidal in Auvergne.

The gardens of the castle are said to be "the most beautiful in Provence", designed by Le Nôtre, creator of the gardens of Versailles.

It is a regular garden with two entrance posterns, an avenue of plane trees, an ordered design with porticoes, a river, four basins, two fountains, terraces.

The zoological park of La Barben is nearby.

And the story will continue with the new owner who will create a park on the theme of Provencal history, the "Rocher Mistral".

After the successful takeover of the Auvergne fortress of Saint-Vidal, which welcomed 40,000 visitors last year around historical shows, this thirty-four year old entrepreneur wants to apply the same recipe to this listed site near Salon-de-Provence.

The castle has a huge heritage potential to tell the story of Provence .

On the programme for this rehabilitation, the renovation but also the environmental enhancement of the 400 hectares surrounding the property.

One part, 38 hectares, will be recultivated and the rest will be reserved for beekeeping and biodiversity studies.

In particular, an animal conservatory will be set up to house the broods of Bonelli's eagles, a declining Mediterranean species.

The "Mistral Rock" is scheduled to open in 2021 but there are still a number of issues that need to be resolved...