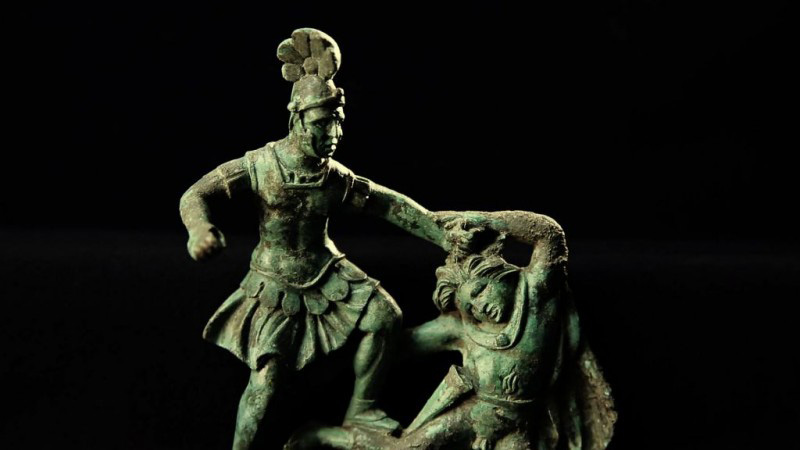 Founded ex-nihilo in the 1st century near the Gallic oppidum of Esbérous-Higat, Elusa is the capital of a territory covering several thousand square kilometres.

After the troubles of the middle of the 3rd century and thanks to an administrative reform, Elusa became the capital of the Roman province of "Novempopulania", the "country of the nine peoples".

Then it gradually declined from the 5th century onwards, as the urban elites withdrew to their rural possessions. Faced with numerous invasions and weakened, the city was gradually abandoned.
The medieval city is attested by texts in the 9th century and is concentrated around a monastery located on a mound next to the ancient city. The latter disappears completely and will only be rediscovered from the 18th century.

Elusa then radiates over a territory that stretches between Bordeaux, Toulouse and the Pyrenees.

In the heart of Gascony, Elusa, the ancient capital, is a unique Gallo-Roman complex made up of three sites: the villa of Séviac, the domus of Cieutat and the archaeological museum of the treasure of Eauze.

Immerse yourself in the daily life of a Gallo-Roman city and enter into the secret of aristocratic residences, within the territory of the ancient city of Elusa, where the domus de Cieutat (urban house) offers an indispensable complement to the visit of the villa of Séviac (house in the countryside), while the rich collections of the archaeological museum of the treasure of Eauze (Musée de France) illustrate its refinement.

You must go to the Elusa Capitale Antique interpretation centre to start your visit. Gateway to this heritage, this space will allow you to discover the extent of the ancient city of Elusa through a modern and playful scenography at the heart of urban and rural life in the Gallo-Roman period. This place is located at the entrance of the archaeological site of the domus of Cieutat.

Located near Montréal-du-Gers, this luxurious 6500m² residence is one of the largest Gallo-Roman villas in south-west Gaul. Situated high up in the heart of an agricultural and wine-growing area, it is distinguished by its exceptional mosaic ensemble and by its thermal baths of more than 625m², which bear witness to a luxury unequalled in the region at that time. The villa, largely open onto the surrounding countryside, was probably home to an aristocratic family. An exceptional site, a must see...

The domus of Cieutat and its interpretation centre

In Gallo-Roman times, the domus was an urban residence of great wealth, belonging to a wealthy class family. Reaching 2700m² in the 4th century, it was the place of pomp and ceremony for a local dignitary. An innovative interpretation centre equipped with multimedia tools, installed at the entrance of the site in the building of the former railway station, completes the visit. This ensemble is an excellent introduction to the daily life of the inhabitants of Elusa in the Gallo-Roman period.

The Archaeological Museum of the Treasure of Eauze

Located in Eauze, this museum houses an exceptional Gallo-Roman treasure discovered in 1985. It is made up of 28,054 coins and about fifty jewels and precious objects, which seem to date from the 3rd century AD. The richness, quality and remarkable state of preservation of the jewels and coins make it one of the most important treasures found in recent years and the largest treasure presented in its entirety in a museum setting in France.

"Happiness is in the meadow",... especially in the Gers...