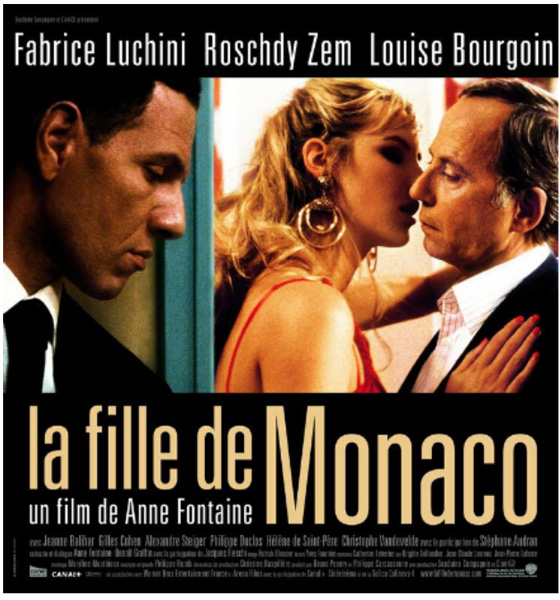 info_outline
You are here: Home / Regions / Monaco principaty / "The Daughter of Monaco" and Fabrice Luchini in the Principality of Monaco

It was shot in the Principality, with Fabrice Lucchini staying at the Hôtel de Paris.

Newly arrived in Monaco to defend a murderer in her 70s.

I'm Christophe, the security agent in charge of Bertrand's protection. Straightforward. Straight. Taciturn. Sporty. Studies interrupted in the fifth grade. Likes women except for talking to them. Admires in others the culture and command of language that he lacks.

Audrey, weather presenter on a cable channel in Monaco. Ambitious. Bold. Sexy. Out of control. Has no intention of reciting the weather report for a long time.

Understands the meaning of some words, such as "limits", "taboos", and "scruples".

It would have been better if these three hadn't met .

La Fille de Monaco marks the first cinematic experience of Louise Bourgoin, known for having dynamited the Météo du Grand Journal between 2006 and 2008.

The young woman recounts that it was thanks to Fabrice Luchini that she was able to get the role: "After noticing me on Canal Plus where I present the weather, Fabrice Luchini suggested my name to Anne Fontaine.

At first, she was a little hesitant to give me the role because I had no training or experience as an actress.

I told her that I knew how to lie very well! Then she was afraid that the character would be too outrageous for me.

So I showed her excerpts from a program for 11-17 year olds that I hosted a few years ago on the cable channel Filles TV: I was dressed in candy pink in a zebra and leopard setting where I spent my time calling out to viewers in a very catchy tone. She then told me that I was capable of playing the role... »

Actor Roschdy Zem, who plays a bodyguard in The Girl from Monaco, underwent intensive preparation for the role, working with one of the bodyguards at the Elysée Palace, who advised him on how to make the character as believable as possible.