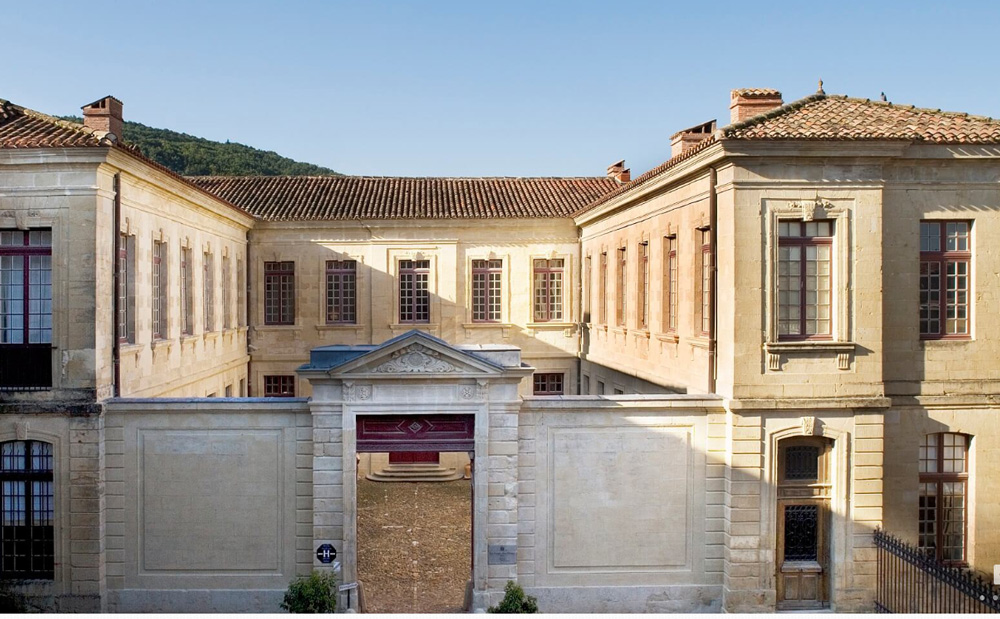 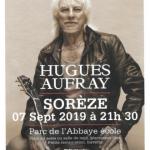 Sorèze is situated at the foot of the Montagne Noire, 6 km east of Revel, on the Laudot, bordering the departments of Aude and Haute-Garonne.

In the Albi-Toulouse-Carcassonne triangle, on the edge of the Lauragais plain, in the Pays de Cocagne and at the foot of the Montagne Noire, Sorèze offers a colourful palette of landscapes.

A resort with a prestigious past with its Abbey-school, a Historic Monument, witness of twelve centuries of intelligence and memory, the Saint-Martin bell tower, the half-timbered and corbelled houses with a remarkable cachet, the Saint-Ferréol lake, on the heights, built to supply the Canal du Midi, listed as a UNESCO World Heritage site, the Glass Museum and its important collection of old glassware...

This Benedictine abbey, founded in 754 at the foot of the Montagne Noire, owes its fame to the innovative teaching method it practised from the 17th century until its closure in 1991.

Its fame is such that under Louis XVI it was erected as a Royal Military School and welcomed students from all over the world.

It was directed during the 19th century by R.P. Lacordaire.

A museographic tour presents the places and objects that bear witness to the history of this prestigious site.

Since 2015, Sorèze, in the Tarn, has been home to the Dom Robert Museum, a space dedicated to 20th century tapestry.
This museum extends over 1500 m2 integrated in a renovated wing of the abbey-school was designed by the Italian architectural firm "n'studio".
It features the original work of Dom Robert, confronted with other works by artists who also participated in the revival of Aubusson tapestry, including Lurçat, Prassinos and Tourlière. Dom Robert's work was a source of inspiration for the design of the Museum.

Dom Robert
Dom Robert, born Guy de Chaunac Lanzac (1907-1997) Benedictine monk of the Abbey of En Calcat, located in Dourgne in the Tarn, is one of the masters of the tapestry of the 20th century.

In 1941, his meeting with Jean Lurçat, impressed by his first works, illuminations and watercolours, decided his vocation as a cardboard painter. His works are woven in Aubusson at Tabard's and then at Suzanne Goubely's house. Between 1947 and 1958, he continued his work at the Buckfast Monastery in England and, distributed by major galleries such as La Demeure in Paris, he enjoyed growing success.

His abundant and very colourful work is inspired by nature and exalts the fauna and flora of the Montagne Noire, the last foothills of the Massif Central.

Dom Robert liked to say, "In a tapestry, one walks... A walk without a precise goal, one enjoys strolling. One detail leads you to another. In short, tapestry is more of an art of time. An art of time by its making too, an art of long patience... ".

Museography allows you to understand the process of creating a tapestry - from the preparatory drawing to the finished work - and to pay tribute to the know-how of the Aubusson weavers, classified by UNESCO as an intangible cultural heritage of humanity since 2009.

The local child wanted to blow out his 90 candles in 2019 in the village where he was brought up by the Dominicans between 1941 and 1946, and to which he remained very attached.

He was brought up with his two brothers at the school in Sorèze.

His formation in music, drawing and poetry inspired him and his teachers.

Hugues Aufray had already given several concerts in the city.

The last one took place in the abbey-church transformed into an auditorium. In 2017, he came to inaugurate a commemorative plaque on his childhood home in the rue de la République.

label Museums & Collections Amazing... isn't it? Made in Grand Sud People from here