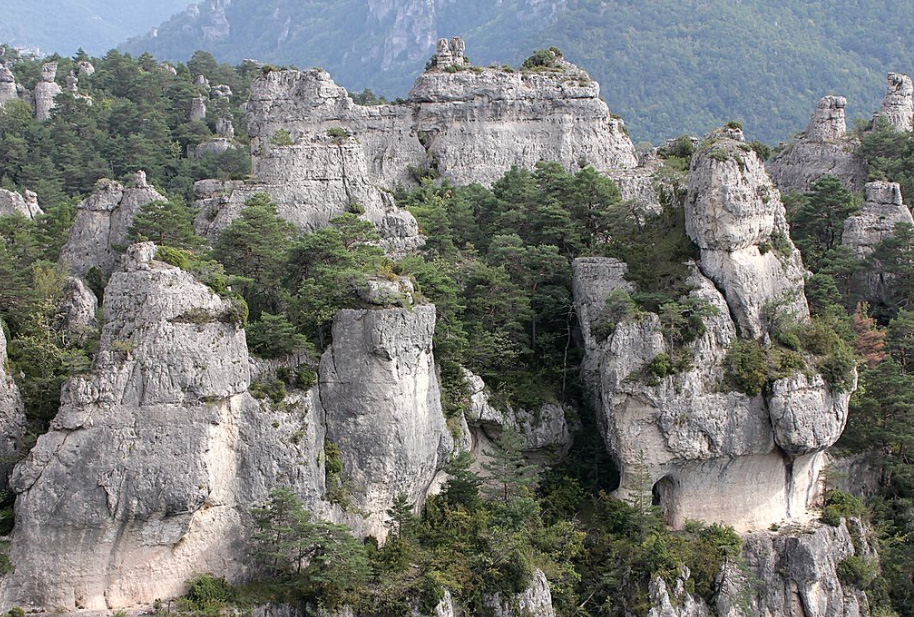 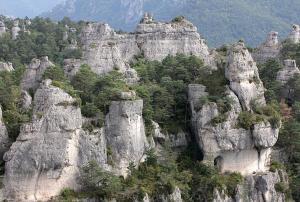 info_outline
You are here: Home / Regions / Occitany / 12-Aveyron / The City of Stones, a mysterious site...

The City of Stones, a mysterious site...

Explored in 1884 by Edouard-Alfred Martel, La Cité de Pierres, an imaginary city designed by nature, covers 120 hectares in the heart of the Causse Noir in Montpellier-le-Vieux.

Discover the history of this mysterious city aboard the little train, or fly over it in zip lines and via ferrata, a safe walk on itineraries from 50mn to 3h.

You can play with the explorer'Games, with family or friends, you must dare to take up the challenge of the Mystery Arc, a digital treasure hunt and puzzle game outdoors.

Listed site, 15km from Millau and Le Rozier, this City of Stones offers sumptuous landscapes and the discovery of rocks with unusual shapes.

The gate of Mycènes, one of the most emblematic, is a masterpiece of nature and was the setting for the film " La Grande Vadrouille ", with Bourvil and De Funès.

It was more than 170 million years ago, when the sea still occupied the region, that the present geology of Aveyron began to form. At that time, when a tropical climate prevailed, the sea that extended over what was to become the Causse Noir was similar to that of the Pacific atolls. Its warm, shallow waters shelter a reef made up of algae and coral where numerous specimens of sponges, molluscs, sea urchins and crustaceans flourish.

The remains and skeletons of these organisms have been lying on the sea floor for 10 million years, until a 300-metre thick layer of limestone was formed by settling.

Let's go back 100 million years: The Alps and the Pyrenees begin to settle.

At the bottom of the sea, the rocks undergo tremendous thrusts. The layers of limestone resist, bend and end up fracturing.

These fractures then create parallel faults, similar to the fields of crevasses and seracs found on today's glaciers.

80 million years later, the mass of the Grands Causses gradually rises and the sea disappears from the region.

From its slow and stressful rise from the sea floor, the limestone rock, made up of sediments from marine organisms, inherits a network of scars that make it less dense and more permeable.

The water circulating through these cracks starts the corrosion of the Causse Noir.

The action of the elements will widen the passages transforming them into alleys, dead ends, walls and cirques, thus tracing the plan and architecture of La Cité de Pierres.

To understand and observe the fascinating history of the geology of Aveyron, La Cité de Pierres, located in the heart of the Causse Noir, offers 10 breathtaking viewpoints overlooking the causses and the Gorges de La Dourbie.

The City of Stones