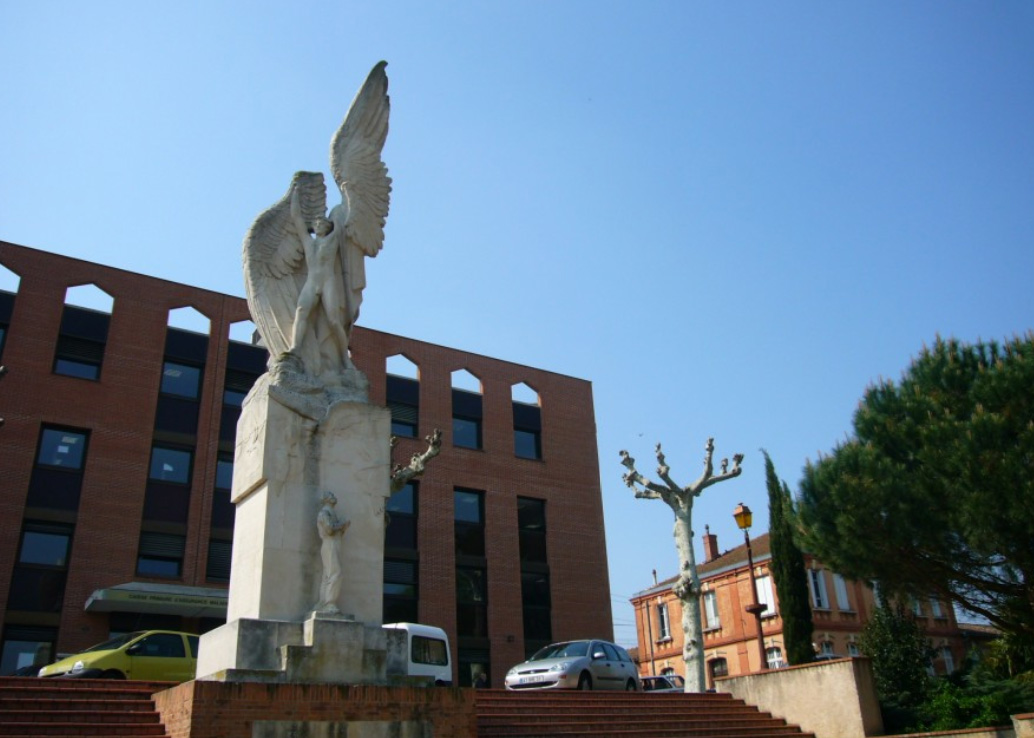 info_outline
You are here: Home / Regions / Occitany / 31-Haute-Garonne / The statues of Paul Landowski in Muret and Rio

The statues of Paul Landowski in Muret and Rio

There is a common point between Rio de Janeiro and Muret: two statues by the same author Paul Landowski.

In Muret, the day after the death of Clement Ader, which occurred on 3 May 1925, the municipality of Muret expressed the wish to pay tribute to the brilliant inventor through a commemorative park.

Vincent Auriol, then mayor of Muret, called for an international subscription to finance the project.

A Clément-Ader committee was created to settle all the details, from construction to inauguration, and Gaston Doumergue, President of the Republic, granted his high patronage. The location of the future park was chosen on the "prairie", below the Allées Niel and facing the Château Saint-Germier, then the seat of the town hall.

Work began a few months later with a monumental red brick staircase with three platforms, intended to receive the statue commemorating the memory of Ader.

The work was completed at the beginning of 1929.

In the center of the monumental staircase, Paul Landowski, a member of the Institute and author of the famous statue of Christ the Redeemer overlooking the bay of Rio de Janeiro, erected "The Dream of Icarus", a large white stone statue 14 meters high representing Ader, a pencil in his hand, his eyes raised towards Icarus.

The Clément-Ader Park was inaugurated on September 21, 1930, in front of 30,000 spectators and in the presence of Laurent Eynac, Minister of Air, Clémence de Manthé, daughter of Clément Ader and Louis Blériot.

Over the years it has become one of the city's internationally recognized emblems, along with the Sugar Loaf, Copacabana Beach and the Rio Carnival.

It was designed by the Brazilian engineer Heitor da Silva Costa and realized by the French sculptor Paul Landowski and the Romanian sculptor Gheorghe Leonida and erected in collaboration with the French engineer Albert Caquot.

Classified as a historical monument since 1973, the Christ of Corcovado is one of Rio's most popular tourist spots with 750,000 visitors per year2.

Standing in the heart of the Tijuca Forest National Park, at an altitude of 710 meters, the statue is 38 meters high.

At the base of Christ the Redeemer is a chapel dedicated to Nossa Senhora Aparecida, where weddings and baptisms are celebrated.

The idea of building a religious monument at the top of Corcovado was first suggested in 1859 by the Lazarist Father Pedro Maria Boss. Upon his arrival in Rio, he was seduced by the place and asked the Crown Princess Isabella of Brazil to grant him the necessary means to carry out his project, but his plan, although in accordance with the monarchy of the time, was not followed through.

It was not until 1921 that the idea was taken up again, as part of the commemorations of the centenary of the Independence of Brazil the following year.

The project selected in 1923 after a competition was that of the Brazilian engineer Heitor da Silva Costa. He travelled to Europe to make the final model and study the problems involved in the construction. There he met the French sculptor Paul Landowski, of Polish origin through his father, to whom he entrusted the realization of the project.

The inauguration ceremony finally took place on October 12, 1931, in the presence of Cardinal Dom Sebastião Leme and the head of the provisional government, Getúlio Vargas.