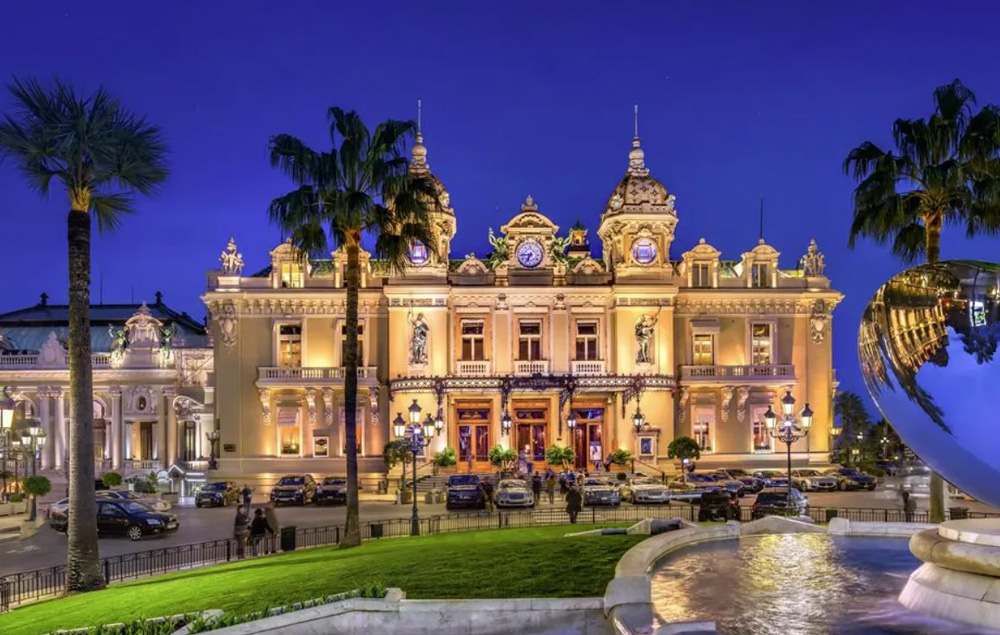 The Hotel de Paris, a Belle Époque style palace in the heart of Monaco, in the Monte-Carlo district, belongs to the Société des bains de mer de Monaco group. It was founded and inaugurated in 1864 by Prince Charles III of Monaco, based on the plans of the French architect Godinot de la Bretonnerie.

After four years of renovation the hotel opened its doors in early 2019.

The "Prince Rainier III" suite, named after the father of the current Monegasque sovereign, Prince Albert II, is 600 m2.

At this price, travellers will be able to enjoy a plunging view over the Casino square, a 135 square metre terrace with a heated infinity pool, all in a setting of some 600 m2, a real villa on the roof.

The opening of the largest suite in the Hotel de Paris marks the end of gigantic works, which will have lasted 5 years and cost 270 million euros, according to the Société des bains de Mer (SBM).

The hotel now has 209 rooms and suites. This is less than before, but they have gained in space, with a minimum surface area of 36 m2.

The works coincide with the transformation of the Casino square, where the former Sporting d'Hiver was demolished to make way for a group of upscale shops, offices and apartments, the "One Monte Carlo".

In 1987, Rainier III proposed to the chef Alain Ducasse to create a gastronomic restaurant.

In 1990, he was awarded the third star in the Michelin Guide, making the Hotel de Paris the first hotel in Paris to achieve this level of classification.

The renowned palace has one of the most prestigious wine cellars in the world in the basement, 13 metres below the rock.

It was inaugurated in 1874 by Marie Blanc, wife and successor of the founder of the Société des bains de mer, after eighteen months of a colossal building site.

The wines are classified in two categories: "to be aged" and "to be drunk". All the wines in wooden cases are ageing.

The Romanée-Conti in Burgundy thus rubs shoulders with the Châteaux of Yquem, Pétrus, Ausone, Cheval Blanc...

The Hotel de Paris is the starting point for the television series "Amicalement vôtre", with Tony Curtis and Roger Moore, where Lord Brett Sinclair and Danny Wilde meet in the bar and fight over an olive.

2010 : " L'Arnacœur ", by Pascal Chaumeil with Romain Duris and Vanessa Paradis.

In 2020, in a new short film by Claude Lelouch, Ferrari driver Charles Leclerc drives a Ferrari at full speed through the streets of the Principality.

Entitled "Le grand rendez-vous", this filming in the form of a modern remake of the famous 1976 short film "La traversée de Paris" shot in a single take and without authorization.

Prince Albert II of Monaco, who had given the necessary authorisations, was present at the filming location.