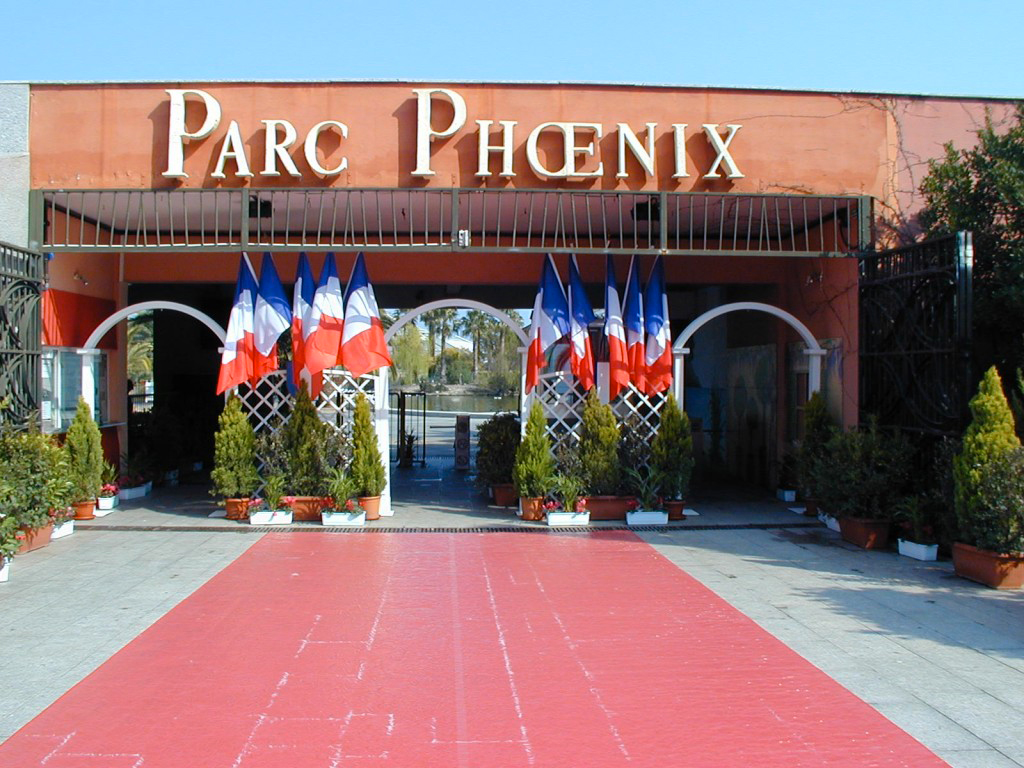 Created in 1990, the Phoenix Park, a member of the French Association of Zoological Parks, now has more than 3000 animals, including 150 different species of mammals, birds, reptiles, amphibians, fish, insects and corals. There are lemurs, white marmosets, otters, wallabies, mygals, macaws, koukabouras, and many other species...

Its construction was a real technical challenge and lasted 26 months, involving nearly 80 companies. No less than 14,000 m3 of earth and 2,000 tons of rocks were used for its construction.

Labeled a "remarkable garden", it also houses 2500 species of plants, some of which are remarkable and preserved in a Mediterranean landscape setting.

Its pyramid-shaped greenhouse, called the "green diamond", is one of the largest in Europe, with 7,000 m2 and a height of 25 m, reconstituting 6 tropical climates.

Among the remarkable elements of this park, the musical fountain should also be noted.

Located in front of an amphitheater with a hundred seats, this fountain offers a classical repertoire of famous pieces such as Offenbach's tales, Vienna waltzes...

Water jets of several meters on wild rhythms beat the measure with a different program every hour.

Also worth seeing is the central fountain in the middle of the park, whose water jets delight visitors, the oasis, the greenhouses and many others ... and in particular the "island of bygone days" where prehistoric plants that have all known the dinosaurs and have hardly evolved since are presented. Among these, we can mention for example plants like Cycadales, Gingko, Araucaria, Taxodium, Metasequoia...

These plants have existed for 250 million years (end of the primary era) and have hardly changed their appearance since then.

The Phoenix Park offers a remarkable biodiversity of animals and plants on 7 hectares, both in the themed gardens and in the tropical greenhouse. The Phoenix Park is also a place for artistic, scientific and educational exhibitions and shows for the general public and hosts conferences, workshops and various events throughout the year.

This oasis of greenery, education, awareness and relaxation aims at excellence in its maintenance and maintenance of the biodiversity of the fauna and flora.

Phoenix Park is also labeled "Family Plus", a national label supported by the State services in charge of tourism. This label is intended to recognize member municipalities that have taken a comprehensive approach to welcoming families.

Coaraze, the village of the sun