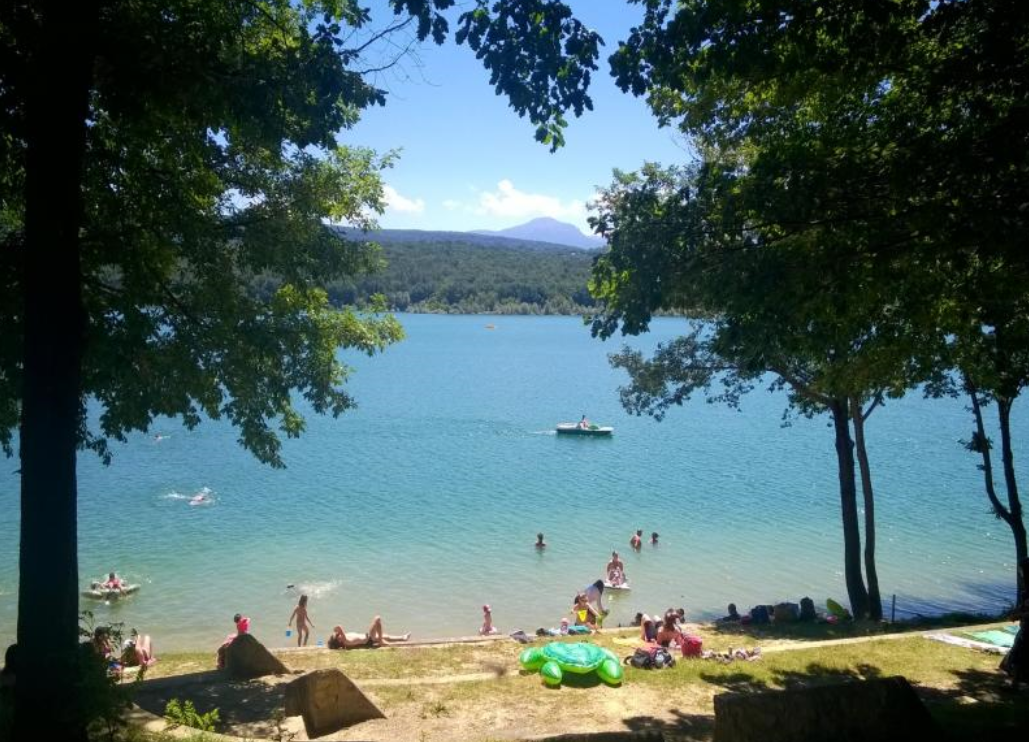 The lake of Montbel or the Montbel dam is an artificial lake created in 1985 and located between the departments of Ariège and Aude.

A maximum flow of 10 m3/s can be taken from the Hers, while the instream flow left to the river downstream of the intake is 1.2 m3/s.

The water stored in winter and spring, when the snow melts, is used to irrigate the Lauragais and Ariège plains and to support summer and fall flows on the Hers-Vif and beyond the Ariège and Garonne rivers.

The Montbel dam makes it possible to irrigate 28,000 agricultural hectares.

Reflection on the construction of the dam began in the 1970s, but it was in 1982, after a drought and long environmental impact studies, that work began and was completed in 1984.

This dam cost about 22 million francs and was financed by the Interdepartmental Institution for the Development of the Montbel Dam which groups together the three founding departments, Ariège, Aude and Haute Garonne.

Originally intended to serve agriculture, the dam has become over the years a major tourist attraction.

The banks and traffic have been developed with a picnic area, a campsite, a playground and a cultural space "La Maison du Lac".

The lake offers a multitude of activities such as canoeing, sailing, paddling, pedal boats, catering, horse riding, cycling, walking and of course fishing.

Tourists and visitors will find their account and the same goes for the birds, many water birds wintering on the lake .

There are many ducks, coots and grebes.

At the junction of Villaret, next to the guinguette, about 3 km before reaching Léran take the very small road on the right that leads to the lake. Direction Léran follow for 3 km to arrive at the Régate Digue principale : follow the direction of Camon, 6 km.

The Castle of Usson, a high perched fortress