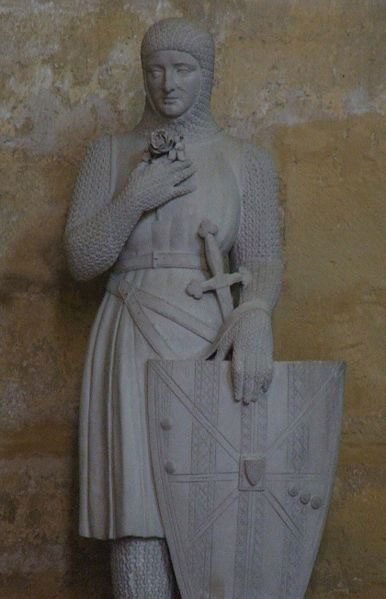 The Four Queens of Forcalquier

Forcalquier, whose motto was "Pus aut que les Aups", "Higher than the Alps" was nicknamed the "City of the Four Queens" or the "City of the Counts", in memory of the 12th century when it was the capital of the county of Forcalquier.

They had four daughters.

When he died on August 12, 1245, two of them were already queens, and the other two were later queens, thanks to the diplomatic genius of his seneschal, Romée de Villeneuve, of the family of the Lords of Trans.

Born in 1221, the eldest, Marguerite, married in 1234, at the age of twelve, King Louis IX of France, better known as Saint-Louis. Her beauty charmed the Catalan troubadours of Avignon and the troubadour Rambaud d'Orange before she followed her husband for six years to the Seventh Crusade in 1248. Marguerite of Provence survived her for another twenty-five years and died in Anjou in 1295.

Eléonore
The second daughter, Eleanor, became at the age of fourteen, in 1235, the wife of Henry III, King of England. A scholar, musician and poet, she created a Provençal home at the English court. After the death of Henry III in 1272, she retired to a monastery and died in 1276.

Sancie
The third, Sancie, married in 1242, in Westminster, Richard, Count of Cornwall and Poitou, brother of Henry III, proclaimed king of the Romans and emperor of Germany in 1257 in Aachen. Gentle and literate, openly deceived by her husband, she envied her last sister, Béatrix, who lived in Provence and could still walk between the castle of Saint Maime and the Encontres farm on the country lane that is still called the Chemin des Reines.

Béatrix
Béatrix married in 1246 Charles I of Anjou, brother of Saint Louis, who thus became Count of Provence and then King of Naples and the Two Sicilies. It was sung by the troubadours Gaucher, Guilhen de Grasse, Aymeric de Peghuilan.

label Records: The +'s and -'s Made in Grand Sud