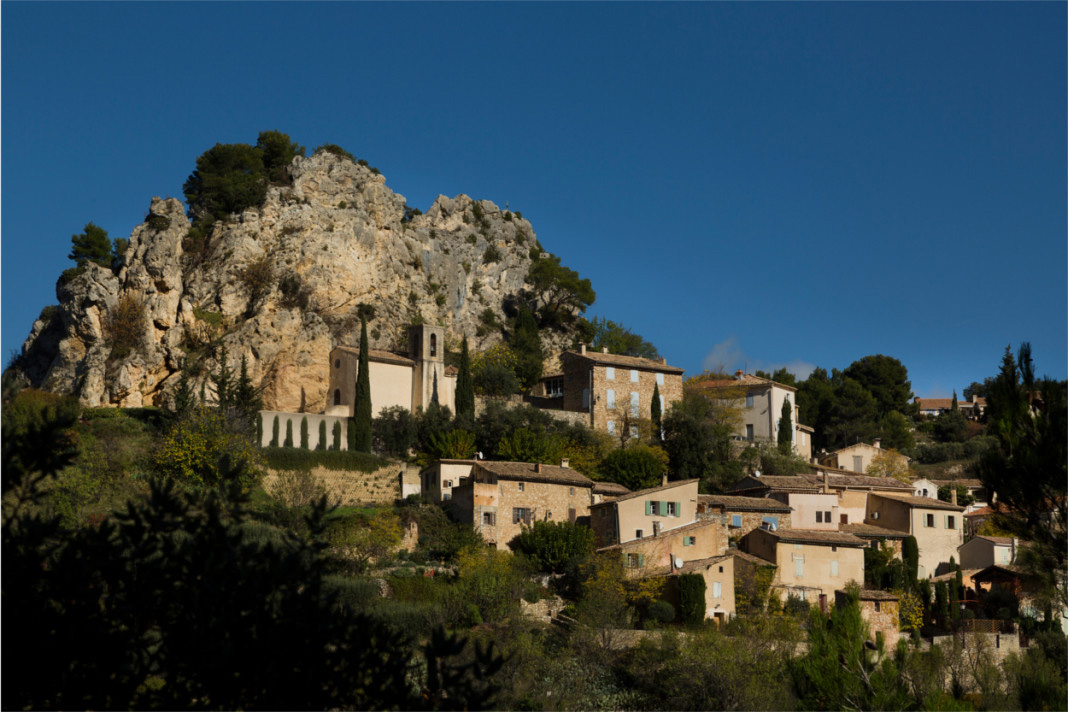 Beaumes de Venise, at the feet of the Demoiselles de Montmirail...

Beaumes de Venise enjoys an exceptional location at the foot of the Dentelles de Montmirail, which serve as a natural rampart against the Mistral wind.

The village owes its name to the numerous caves dug into the Courens hill to which it is leaning, "baumo" meaning "caves" in Provençal and there a contraction of the word "venaissin" into "venisse" then "venise".

The "Venaissin caves" have thus been transformed into the poetic "Beaumes de Venise".

Near the Mont Ventoux, Beaumes de Venise is the starting point for many hikes to discover the ancient heart of the village, the surrounding garrigue and its Mediterranean essences, the olive groves and the famous vineyards.

What to see in Beaumes de Venise and surroundings

Occupied since antiquity, the village of Beaumes is surmounted by the ruins of a 12th century castle.

Notre Dame d'Aubune is a jewel of Romanesque art, and one of its prestigious testimonies to the past.

The caves of Ambrosi, north of the Plateau des Courens, which were first used as a shelter in prehistoric times before being used as a millstone quarry since the first centuries. Depending on their size, these millstones are used in oil or flour mills to grind olives or cereals.

The oppidum des Courens once occupied an area of 7 hectares. Amphora fragments attest to the Greek presence as early as the 6th century BC. This was followed by the presence of the Celto Ligurian tribes and then the Romans in the 2nd and 1st centuries BC.
The Saint-Hilaire chapel, built on the site of a Roman temple, whose 4 bas-reliefs are now reused in the archaeological area of Beaumes-de-Venice.
The paleochristian necropolis of Courens next to the Saint-Hilaire Chapel is a vast necropolis of the first centuries of Christianity and extends over the southern part of the plateau. About fifty burials have been unearthed during archaeological excavations.
To the east of the oppidum are the ruins of Castellas and the ancient village of Durban.

Joucas in the Luberon... rich heritage and breathtaking views