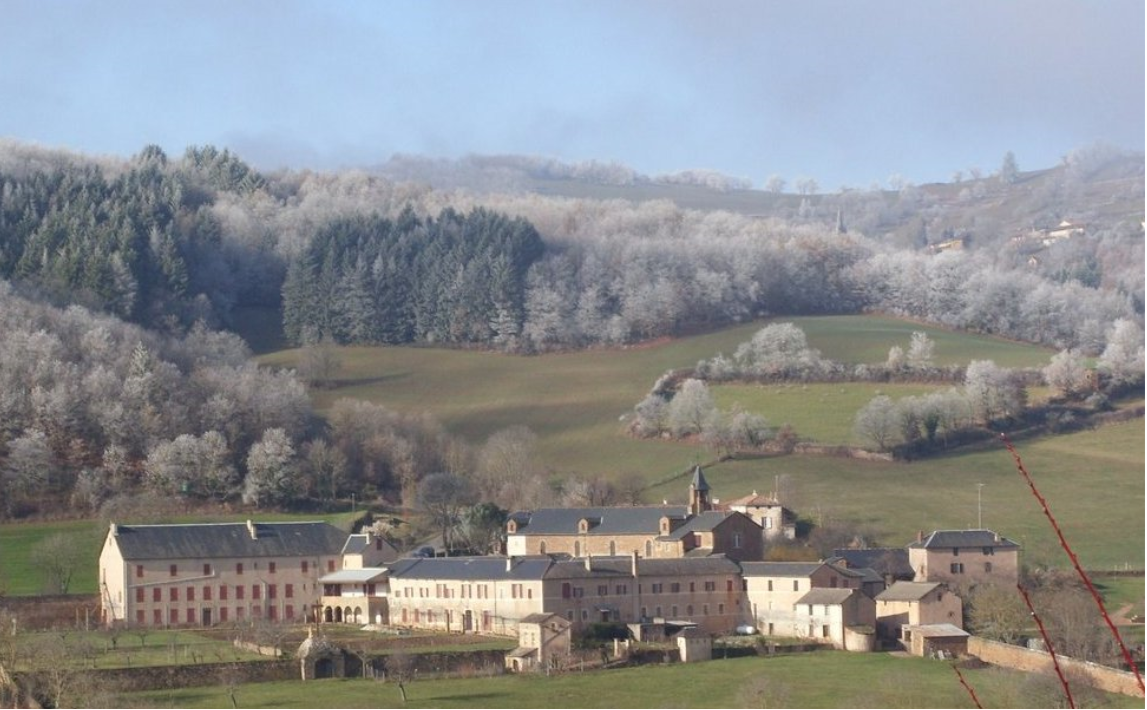 Notre-Dame d'Orient is a very ancient Marian sanctuary whose origins date back to around the year 1000.

To discover Notre Dame d'Orient leave the departmental road "Millau-Albi" at Saint-Sernin sur Rance to reach the village of Pousthomy. The road which goes down after the village will lead you to a peaceful and green site in the heart of the Rance valley in the south of Aveyron.

A shepherd had found a brick with the footprint of the Virgin, the monastery was built on the site of the discovery of a terracotta statue of the Virgin, buried underground. The hermitage was joined to the commandery of the Temple of Montels.

In 1312, the Knights of St. John of Jerusalem claimed the monastery.

During the turmoil of the 16th century, the sanctuary was probably burnt down, and in 1615 it was ceded to the Franciscans for the foundation of a Capuchin convent.

The former Capuchin convent suffered a lot during the troubled years of the Revolution.

Initially a place of pilgrimage under the protection of hermits and under the patronage of the Knights of St. John of Jerusalem - now the Order of Malta - it was then run by a community of Capuchins who built the monastery and the church in the 17th century, whose magnificent baroque altarpiece is listed.

The Capuchins were expelled during the Revolution and were succeeded in 1825 by the Benedictine Nuns of the Perpetual Adoration of the Blessed Sacrament.

The visitor will be able to admire the 17th century chapel, which houses many treasures such as the wooden panelled ceiling, the walls decorated with trompe l'oeil architecture, the altarpiece behind the Spanish-inspired altar made of carved wood and classified as a Historic Monument, and the leather altar fronts from Cordoba.

Today, the nuns continue this mission of welcoming pilgrims who still come in large numbers to honour and pray to Our Lady of the East, the Virgin who listens.

The Monastery of Notre-Dame d'Orient in Laval-Roquecezière offers pilgrims daily Mass and the Divine Office, a prayer of praise sung in Gregorian and French, according to the Benedictine rhythm that divides the day between work and prayer.

According to the charism of their Foundress, Mother Mectilde de Bar, the nuns take turns each day with the faithful who wish to adore the Blessed Sacrament exposed on the altar.

Two more important pilgrimages take place every year: the 4th Sunday after Easter and Pentecost Monday where a statue of Our Lady of the East is carried in procession during a 2 km walk.

The feasts of the Virgin Mary are honoured by Marian celebrations with meditation of the Rosary, singing and adoration.

A reception for personal retreats or retreats led by a preacher is offered in a recently renovated hostelry.

Our Lady of the East

Coubisou, it's a small, charming little name... so is the village.