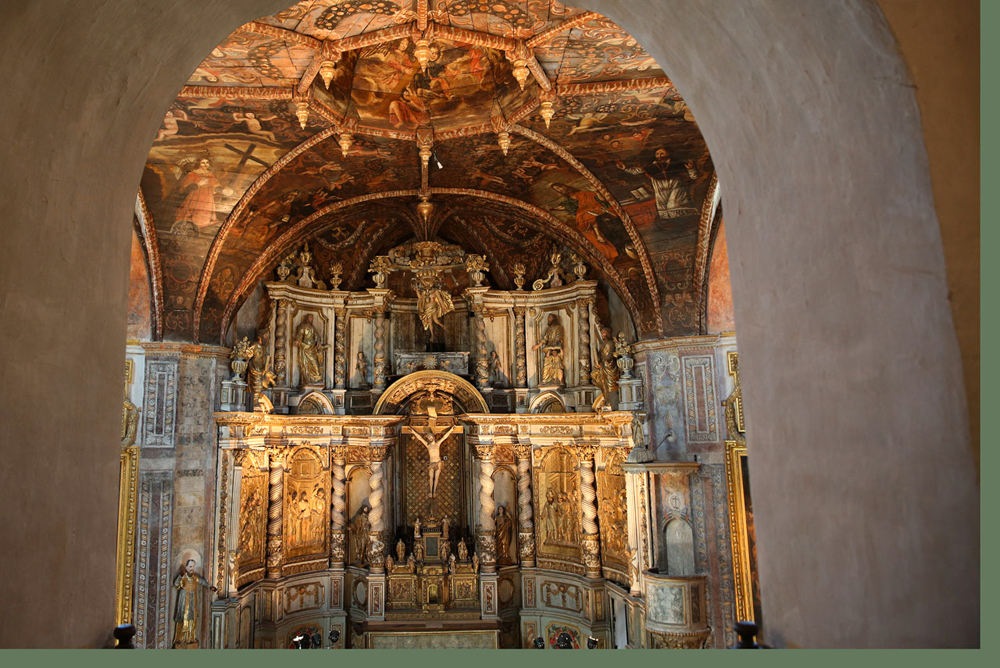 info_outline
You are here: Home / Regions / Occitany / 12-Aveyron / The Chapel of the Black Penitents, a masterpiece of Baroque art

The Chapel of the Black Penitents, a masterpiece of Baroque art

Listed monument, an unmissable site in the region, the Chapel of the Black Penitents is a masterpiece of Baroque art of the 17th and 17th centuries.

It houses a richly sculpted and painted interior, the exterior retaining a great simplicity.

The facade is of classical style, rather rigid, with round arches, rectilinear pilasters and a tympanum taking the shape of the omega.

This chapel surprises by its internal decoration, decorated with a painted ceiling and paintings of the 18th century and houses a carved wooden altarpiece of the 18th century, gilded with leaf, representing scenes from the Passion and life of Christ.

"Probably the work of a workshop with Hispanic influences, the altarpiece was made between 1709 and 1725. Entirely made of wood enhanced with colors and gold leaf, it is arranged on two superimposed planes. The first level refers to the earthly life of Christ while the second evokes the celestial world. First of all, surrounding the Crucifixion, four panels illustrate the Arrest of Jesus on the Mount of Olives, the Flagellation, the Ecce Homo and the Carrying of the Cross. Above the starry coffered vault, the risen Christ emerges from his tomb at the time of his Ascension. He is welcomed into heaven by God the Father and the dove of the Holy Spirit materializing the Trinity. Although the presence of the four evangelists is also present, composite capitals decorated with acanthus leaves and birds, flower and fire pots, carved leather and twisted and fluted columns complete the decoration".

The wooden vault, painted in very bright colors and in a naive style, refers to the cult of the Cross.

After the signing of the Edict of Nantes by Henry IV in 1598, it was decided to no longer fight against the Protestants by force but by a reaffirmation of Catholic thought. Confraternities of penitents were then born, bearing the good word.

In Villefranche-de-Rouergue in 1609, two brotherhoods were born, that of the blue penitents, under the name of Saint-Jérôme, and that of the black penitents, under the protection of the Holy Cross. The latter, however, did not have the necessary funding during its first years of life to have its own chapel. The purchase of a plot of land at the northern end of the bastide, the financing of the main building and the donation of several penitents made it possible to build the chapel. Moreover, one of these confreres still rests in the heart of the building today, according to his last will and testament.

The brotherhood reached its peak in the first half of the 18th century with more than 300 members, men and women.

In 1920, the chapel was classified as a Historic Monument before major restoration work began in the 1970s.

The creation of a center for the study of the art of the Counter-Reformation in the sacristy of the chapel is now planned.

The oldest house in the Aveyron goes around the world

The castle of Bournazel, from the 16th century, a remarkable Renaissance castle