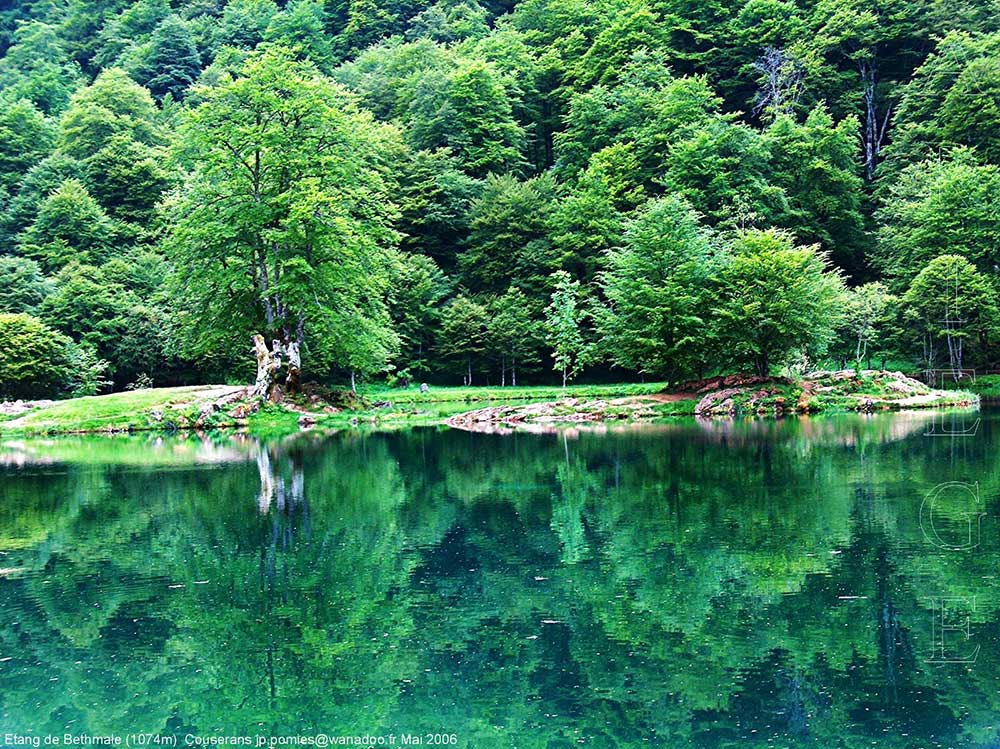 info_outline
You are here: Home / Regions / Occitany / 09-Ariège / The Legend of Lake Bethmale

The Legend of Lake Bethmale

The water of Lake Bethmale is of an intense and limpid emerald colour.
Everything is green in this scenery, the trees in number, the forest, the vegetation, the plants, right down to the sky and the clouds reflected in the water.
A long time ago, when men had moved away from ancestral traditions to obey religion, the "enchantress, the healer, the extra lucid" had been rejected by the church who called them witches, cursed, bad women to be thrown into the woodshed...
Near the lake lived a beautiful girl whose green eyes shone like emeralds.
She always wore crowns of green leaves in her hair, her dress was made of green cotton.
Thanks to her plants and her virtues she healed many poor people.
A wicked man of the Inquisition came to pass whose mission was to hunt witches.
Of course the people of the village did not denounce her because they loved her, but there is always a jealous man or woman to make the tears flow and make the iron blush.
The beautiful healer was in love with the prettiest boy in the village. But a young girl fell in love with this man who only had eyes for the beautiful lake fairy and denounced her.
The people at arms of the church came to arrest her, torture her and try her... condemn her to die at the stake for witchcraft.
Her fiancé was able to free her, and the two of them fled into the mountains and took refuge by the lake.
The Inquisition caught up with them. Seeing herself lost, in a desperate impulse the beautiful girl threw herself into the lake. Her lover joined her.
Since that day the waters of Bethmale have been green with the color of the eyes, the headdress, the dress of the beautiful girl called "witch".