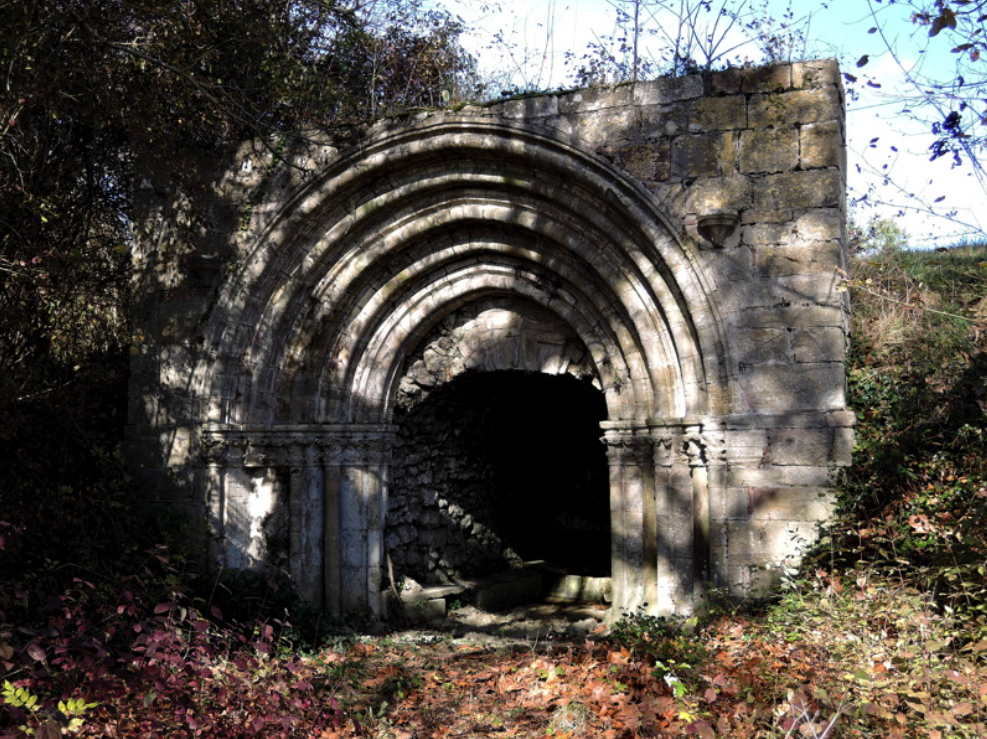 info_outline
You are here: Home / Regions / Occitany / 09-Ariège / A monumental portal to a small spring...

A monumental portal to a small spring...

Curiosity of Ariège in the heart of nature, near the former Convent of Cordeliers and at the foot of the castle of Terride, a church gate shelters a spring, the Fountain of Cordeliers.
In 1659, the Cordelier monks completed the construction of this monumental fountain that will drain its waters to their now defunct convent.
Its majestic entrance is sheltered by a magnificent 14th century Gothic portal.
The Fountain of the Cordeliers is currently located in a private property.
It shows, in its deep part under the vaults, a spring from which still flows a meagre trickle of water.
Franciscan friars, or Cordeliers, settled in Mirepoix, at the foot of the hills, in the 13th century.
Their vast convent includes a church, a cemetery where members of the seigneurial family were buried for a long time, conventual buildings and a dovecote.
Disappeared during the Revolution, the church of Cordeliers, is endowed, at the beginning of the 14th century, with a magnificent portal.
In 1289, the bad weather forced to repair the damage caused by the flood, the Friars Minor took the opportunity to enlarge and embellish their church.
It was probably at this time that the magnificent portal that now frames the entrance to this vaulted fountain in the Cordeliers enclosure was built.
After the Revolution, successively owned by the Clauzel family and then by its notary, Mr Dufrêne, the convent of Les Cordeliers was to experience a turbulent life and various changes of ownership.
The date 1659 engraved on the coat of arms is probably the date of the development of the fountain, which is still fed by a spring today.
As indicated by Abbot Robert, the magnificent portal that currently frames the entrance to the fountain and which still bears traces of the paintings that decorated it according to medieval usage, is probably that of the former church of Cordeliers.
This portal could only be rebuilt on the fountain after the Revolution.
It was probably Bertrand Clauzel who had it installed.
It therefore seems likely that, sensitive to the archaeological interest of the portal of the former church of Cordeliers, he wanted to save this work by reinstalling it in front of the fountain,
As in many wild places where there is a spring, it is popular belief that "encantada s", benevolent fairies, wash their clothes with a golden beater and accompany this task with their songs.

The tooth of Saint Apollonia