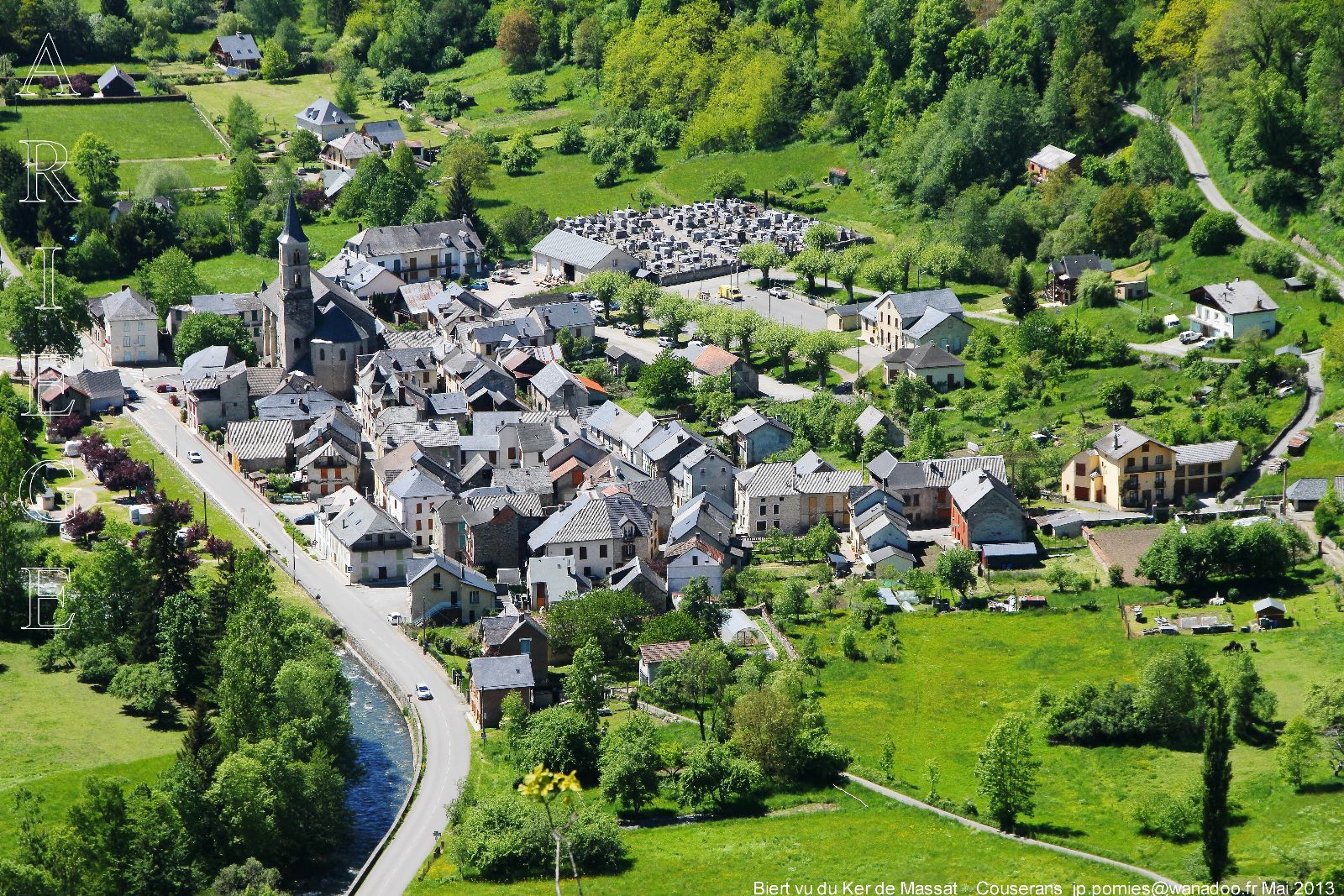 The legend of Ker de Massat

In the 14th century, the Ker, this enormous rock was home to a hermit who lived up there, warning the people of the valley with a bonfire when bandits approached. A sentinel in a way...

Closer to us, at the end of the 18th century and during the 19th century, Ker was the last refuge of the "Petchets", refractory priests, refusing to bend to the laws established under the Terror, then under the reign of Napoleon Bonaparte.

Two of them, the parish priest Jean-Galy-Roquefort and Canon Ruffié, died in the prisons of Toulouse.

As for priest Urtier, he hid in the village of Bernedo, the present Bernède, on the road to the Saraillé.

Thus, a "small church" was soon created in the hamlet of Petchet, supported by the faithful, with worship being celebrated in the houses.

In Petchet, it was the church of Pierre Loubet de Paoule that served as a place of worship and the dead were buried on the Ker at night, because those who supported the rebel priest were no longer allowed to be buried in the Massat cemetery.

But these were furtive ceremonies, betrayed, however, by the lights dancing up there on top of the rock.

Over the years, the priest and his followers were called "petchets"!

A former peddler, in addition to his farming activities, he travelled the mountain paths, selling thread, needles, glasses and almanacs.

At his death, many secrets were kept forever, for this Petchet was none other than the grandson of Pierre Loubet de Paoule, whom Father Uritier had ordained a deacon.

Thus was assured the practice of worship around the Rock of Ker, by men who had refused to deny the religion of their ancestors and especially "the civil constitution of the clergy.

It is also said that in 1940, the shape of the tombs was still discernible, flush with the Ker soil. Now, only the stele that once housed the statue of Saint Branda remains.

A reason to take a singular look at this rock of Ker, whose cave is the first in Ariège where prehistoric objects were discovered.

The cave is no longer accessible but a climbing course has been built on the cliff. A beautiful hike to the highest point of Ker can be done from the village of Biert.

A topoguide is available at the Tourist Office in Massat.

Tourist Office of the Massat canton