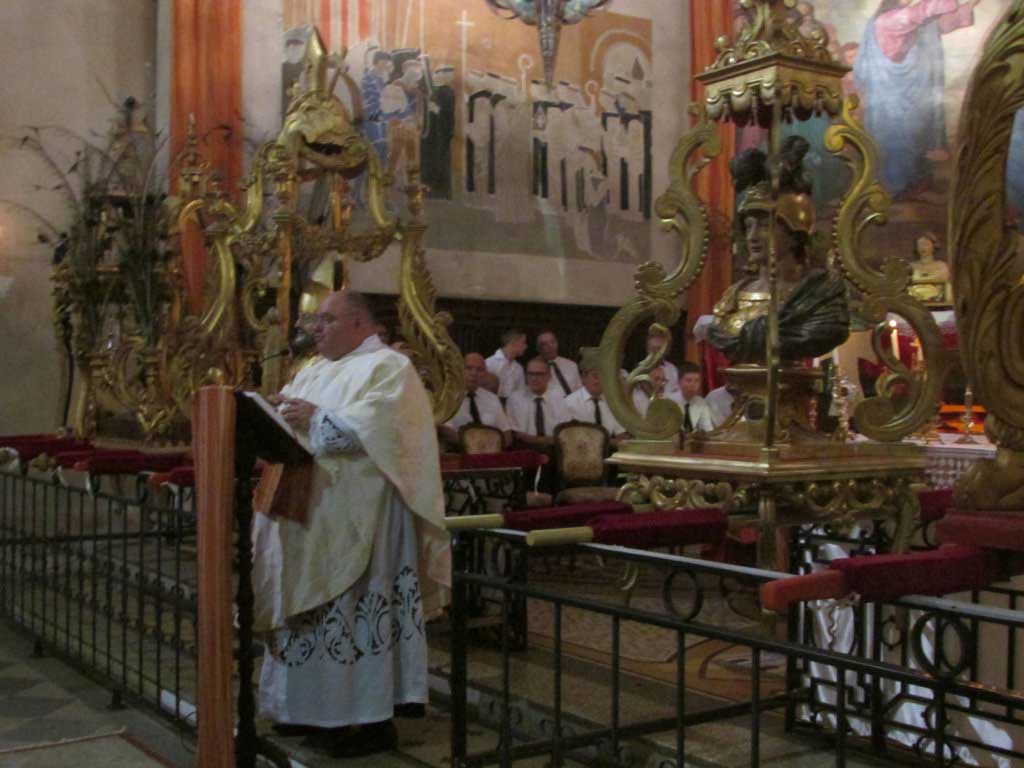 Lézat-sur-Lèze, well known for the prestigious past of its former Benedictine abbey Saint-Antoine-et-Saint-Pierre, which became the church Saint-Jean-Baptiste, enjoys a singular notoriety.
Indeed, two Saints are particularly well known in Lézat :
- Saint-Antoine, whose hermitage houses a well known source of healing for skin diseases, shingles and eczema.
- Sainte-Appolonie whose tooth soothes the pain of teething in infants.


Saint-Antoine in Lézat
At the end of the 11th century, the monks of Lézat joined those of Cluny, formed a strong community and had a great influence on the cultural and artistic evolution of the region. At the beginning of the 12th century, on his return from a crusade, Roger II, Count of Foix, considered the Abbey of Cluny worthy of collecting relics of Saint Anthony offered by the Emperor Constantinople. The chapel dedicated to the Saint stands less than 1km from the village centre. In the crypt, a spring never dried up gushes out. Its water, according to a popular belief, has the power to cure shingles, "St Anthony's fire" or "ardent sickness".

A bit of History...
Roger II, Count of Foix, threatened with excommunication, left for the Crusade in the 11th century and brought back many relics, including that of Saint Anthony of Egypt, "the hermit of the desert". (251 to 356) and of Sainte-Appolonie.
On 9 June 1106, Roger II offered them to Odon of Bagéras, the 25th abbot.
In 1114, a procession carrying the relics to Toulouse stops at Beaumont. The shrine containing the relics is so heavy that the bearers can no longer carry it and the relics of Saint-Antoine will return to Lézat.
Saint-Antoine is invoked to relieve all kinds of burns and skin diseases: shingles, radiotherapy, psoriasis...
Pilgrims are invited to pray to Saint Anthony for their healing. He must pass a cloth over the relics of the Saint and then go to the hermitage to draw water from the spring under the oratory and wash himself. It is customary to take the water at home and to renew the ablutions.