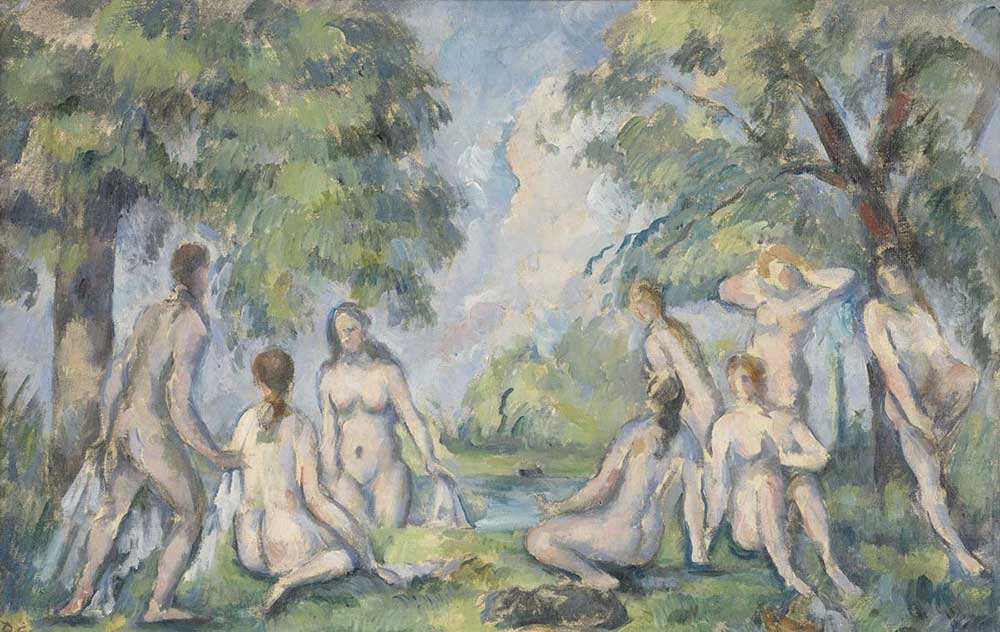 The Granet Museum, one of Aix's astonishingly rich cultural gems

In 1949, the Aix museum took the name of one of its most generous benefactors, the painter François-Marius Granet.

It was the members of the parliament of Provence, that nobility of dress of the Ancien Régime who cultivated a taste for art and history, who were at the origin of the Museum of Aix.

During the 17th and 18th centuries, the parliamentarians thus built up remarkable collections in their private mansions which were the pride of the city.

In 1838 the Museum of Aix was officially inaugurated, on the occasion of the awarding of the prizes of the School of Drawing. The museum was placed under the authority and dependence of the director of the latter institution, a situation that lasted until 1947.
In 2011, the Jean and Suzanne Planque Foundation has deposited at the Granet Museum the collection of Jean Planque (1910-1998), a great Swiss collector, consisting of some 300 paintings, drawings and sculptures from the Impressionists and Post-Impressionists, Cézanne, Monet, Van Gogh, Degas to the major artists of the 20th century such as Bonnard, Picasso, Braque, Léger, de Staël or Dubuffet.
In order to present the main part of this magnificent collection, the museum has been enlarged in the Chapel of the White Penitents, a jewel of 17th century architecture in Aix-en-Provence. More than 700 m2 of additional exhibition space is thus available to the public.

The work of Paul Cézanne made its debut in 1984 thanks to the deposit by the State of eight paintings by the master of Aix, while the important deposits of the modern art collections of Philippe Meyer (2000), a collection given to the State to be deposited in Aix) and Jean Planque (2011) sign the definitive opening of the museum to the art of the 20th and 21st centuries.

Today, the Granet Museum, entirely renovated, presents its permanent collections of nearly 600 paintings, sculptures and archaeological pieces. Temporary exhibitions and events are held throughout the year.
The museum proposes to discover the French school from the 17th to the 20th century. It includes remarkable pieces such as the portrait of Rigaud and Largillière for the 17th century, a set on the decorum of the Palais Comtal destroyed around 1785, more than 50 works by François-Marius Granet.
The Provencal school is organized around Loubon and Guigou. Flagship works such as Jupiter and Thetis by Jean Auguste Dominique Ingres are masterfully imposed. A room devoted entirely to Cézanne presents 10 oils on canvas.
In conclusion, the exceptional donation "From Cézanne to Giacometti" presents the greatest names in modern art: Picasso, Matisse, Klee, Giacometti, Mondrian, de Staël... offering visitors a series of dazzling new masterpieces.

12,000 masterpieces...
Thus through the acquisition by the city of Aix, but also through considerable bequests, such as that of François-Marius Granet, the Granet Museum has taken on its full consistency and has grown to become today the museum with more than 12,000 works and masterpieces!

In order to present these multiple collections in a dignified manner, several buildings have been erected over the years around the Priory of Malta. Completely restructured between 2003 and 2006, in 2013 the Granet Museum will see its surface area further increased by the attachment of the former chapel of the White Penitents of the Carmelites, a jewel of 17th century Aix architecture. The renovation of this XVIIth century monument, intended to house the Planque collection under the name "Granet XXth", thus testifies to the remarkable dynamism of the establishment.