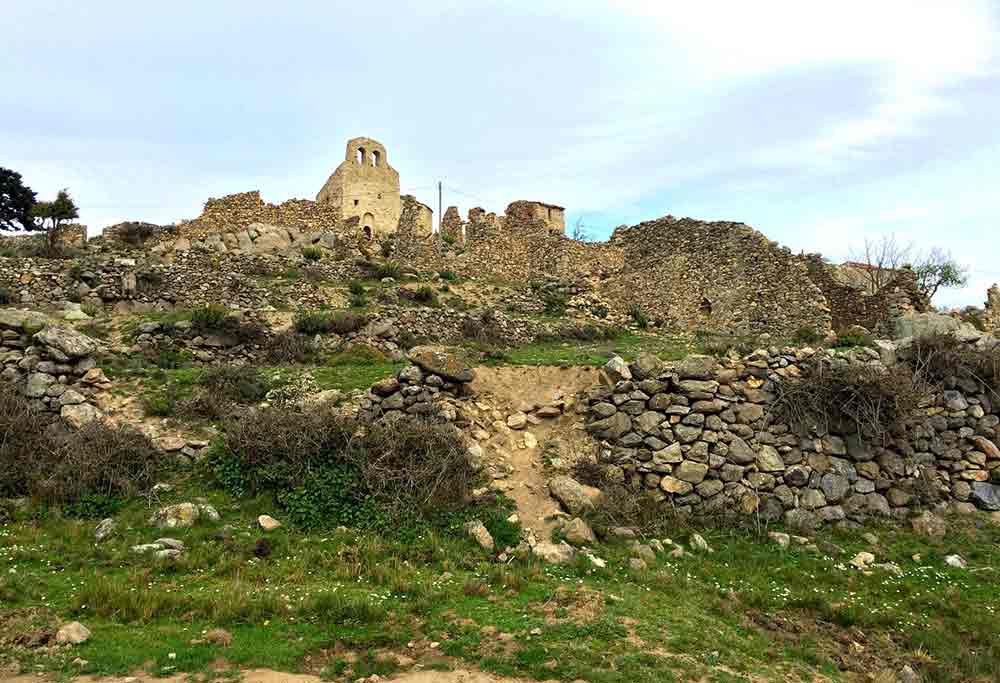 Comes is an isolated village, built at an altitude of 794m, attached to the commune of Eus in 1828.

In the 9th century, Comes is a possession of Rotrude, daughter of Berà, Count of Barcelona, which she passed on to her son Auriol in November 844.

The territory then became the property of the Counts of Cerdanya and then, in 1305, of Pons de Caramany.

The hamlet of Stanyils, which was located to the north-east of Comes and was a dependency of it, has now completely disappeared, as has its church of Saint-Martin.

The Mediterranean scrubland path that leads to the village offers an exceptional panorama of the Canigou massif and the eastern Pyrenees.

Following repeated droughts, it was deserted in 1924. Abandoned or almost abandoned, there is still a single inhabitant.

This shepherd, who lives in the village all year round, owns about 250 breris and a few goats.

But following the fire of his sheepfold in 2014, he lives temporarily in a mobile home.

An active association is trying to preserve the heritage of this village. It has raised funds for the restoration of the church of Saint Etienne de Coma.

This ghost village can also be worrying: mysterious rusty barrels are filled with stones and geometrically arranged in the fields.

Old car bodies from the 60s emerge from the brambles...