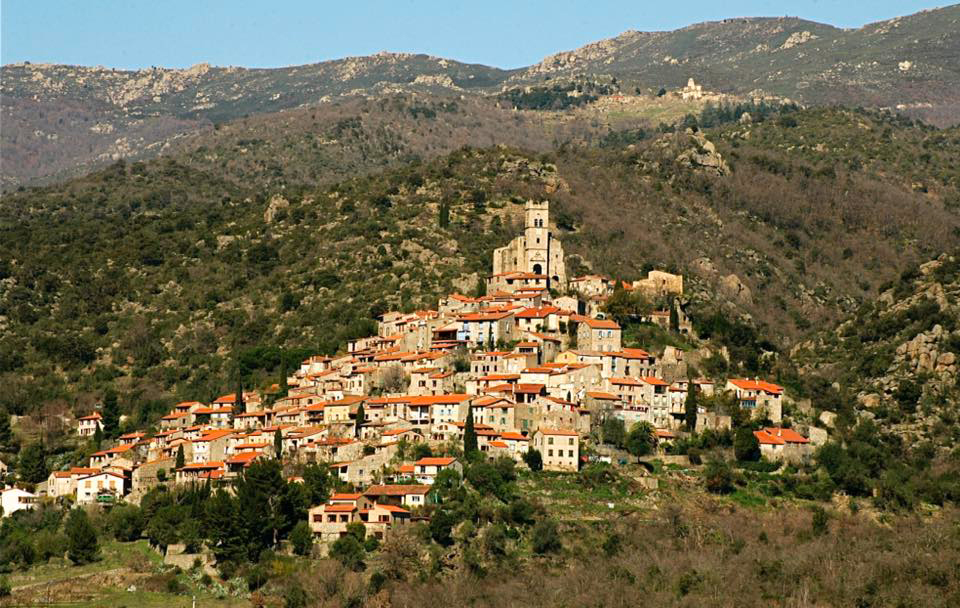 info_outline
You are here: Home / Regions / Occitany / 66-Pyrénées-Orientales / Eus, a beautiful village and the shadow of Boris Vian

Eus, a beautiful village and the shadow of Boris Vian

Located near Prades, Eus is entirely classified as a historical monument and is also one of the "most beautiful villages in France".

It is also one of the sunniest villages.

The name of the village is Eus but you have to pronounce "ews" in Catalan as well as in French. The name Eus comes from the name of the holm oak "Elex". The inhabitants are called "els lluerts", the Catalan name for the green lizard.

Built in "beehives" in the garrigue, between the Conflent valley and Mount Canigou, this ancient defensive site had to repel the French in the 16th century, in 1598, and the Spanish army in the 18th century, in 1793.

Today, in place of the old citadel is the imposing church of Saint-Vincent, at the foot of which steep cobbled streets descend.

In Eus, you should stroll down the steep, pedestrian streets, visit the church of Saint-Vincent, at the top, and the Romanesque chapel of Saint-Vincent. The latter has been classified as a historical monument since 28 January 1960. The chapel is a building with two naves of four bays built in freestone and rubble, and covered with lauzes.

Finally, one should not forget to visit the small museum "La Solana", which preserves the local heritage and allows you to discover what was the agricultural work and daily life of the past.

On the heights of Eus, 25 artists' and craftsmen's workshops have been set up in the wake of the producer Jacques Canetti, host of the village in the crazy 1960s.

Eus is also the village of heart of Ursula Kubler, widow of Boris Vian.

Among them were Jean Cocteau, Jean Genet and Raymond Queneau.

About thirty years ago, in her hamlet, she also gave birth to the Boris Vian Foundation while happily playing the role of cultural agitator.

Ursula was not content to be Vian's wife and widow. A dancer, she was also a film actress.

In summer several events are organised such as the Festival Croisée d'Art or the evenings at the "Nits de Cançó", of which Jacques Higelin is a familiar face.

The city below, Fort Liberia above and a record-breaking underground staircase.