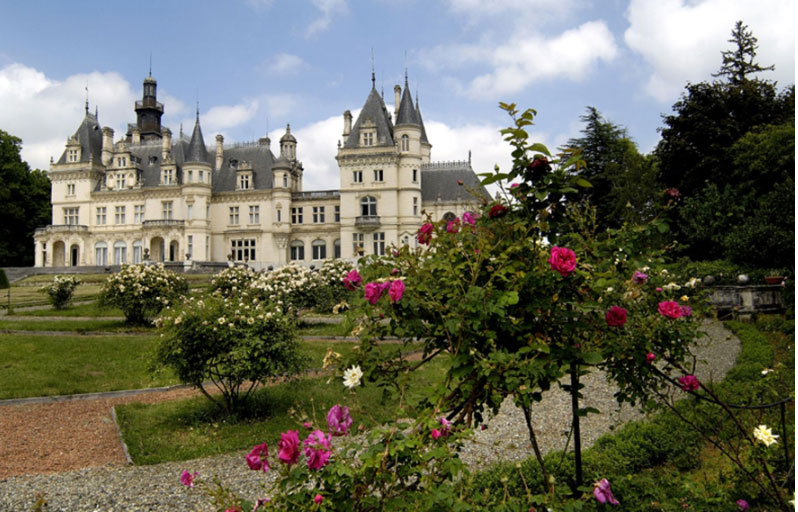 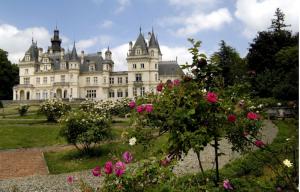 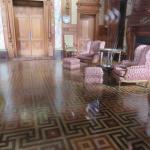 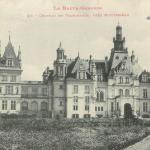 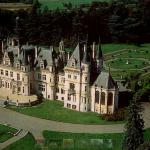 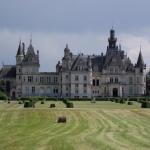 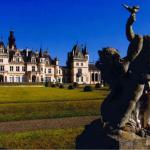 info_outline
You are here: Home / Regions / Occitany / 31-Haute-Garonne / The Castle of Valmirande, a castle of the Loire Valley in Haute-Garonne

The Castle of Valmirande, a castle of the Loire Valley in Haute-Garonne

The castle of Valmirande, located in Montréjeau on the road to Lannemezan, on the border of the Haute-Garonne and the Hautes-Pyrénées, was built by Baron Bertrand de Lassus according to the plans of Louis Garros, a famous architect from Bordeaux.

It is a real treasure, inspired by the castle of Chambord.

In 1892, the Baron acquired 10 plots of land in a single block, with a surface area of about 41 hectares, in order to build the castle surrounded by a landscaped park.
In 1893, at the age of 24, he had inherited the immense fortune acquired in his profession as a banker, his mother's fortune coming from the Pillet-Will family, bankers, co-founders and then directors of the Caisse d'Epargne and regents of the Banque de France, whose assets were estimated in 1871 at 23 million francs. A great lover of the Pyrenees, he had this huge neo-Renaissance-style building built, with its chapel, large flowerbeds and a park.

On the feast of Saint-Bertrand, October 16, 1893, the first stone was laid and then blessed by the Archbishop of Toulouse and in 1898, only five years later, the castle, the surrounding wall and the outbuildings were built.

The building was inhabited in April 1899.

Its owner was Baroness Simone de Lassus until September 2015. Since that date, her son, Baron Bertrand de Lassus is the owner of the estate.

The 70 m long and 40 m high castle is inspired by the castles of the Loire Valley (Chambord, Chenonceau, Azay). The outbuildings are in the Bigourdan style.

The chapel was added to the east wing between 1902 and 1905 and consecrated on 25 March 1905 on the feast of the Annunciation by Mgr Germain, archbishop of Toulouse. There are magnificent marbles, stained glass windows, enamels and a statue of Christ by Louis-Ernest Barrias.

A medieval tower was built more than 40 meters east of the castle to house a steam calorifier, the coal cellar, the boiler alone sufficient to heat the castle.

The park and gardens

The park, a veritable arboretum of more than 180 trees, is the work of the brothers Denis and Eugène Bühler who created the Tête d'Or park in Lyon, the Borély park in Marseille, the Talleyrand property in Valencay and the Bordeaux park among others.
In 1912, the son of the landscape gardener Édouard André inserted two "French-style" flowerbeds: one to the north and the other to the south of the castle, from which you can enjoy the view of the Pyrenees beyond the Neste valley and Saint-Bertrand de Comminges.

The castle has been classified as a historical monument since April 13, 1976 and the park, "Remarkable Garden".

The stable of the Château de Valmirande is one of the most beautiful in France.

The Domaine de Valmirande in Montréjeau is a private property.

Open all year round for groups (reservation required).

From 1 July to 13 July and from 20 August to the European Heritage Days weekend (mid-September): one or two visits per week depending on demand.

From 14 July to 20 August inclusive: one visit every day.