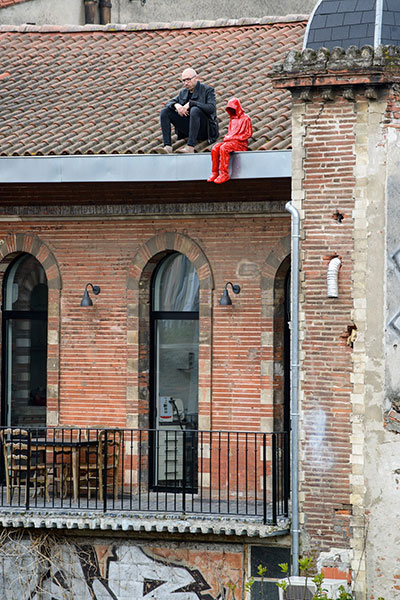 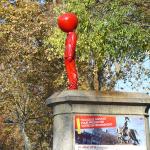 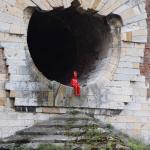 James Colomina creates his sculptures from body casts and mixed structures. His art was at first intimate and reserved for his close entourage.

Hypersensitive by nature in the face of what he considered to be cruel news, James gradually felt the need to create meaningful works, and to express through them the irony of the human condition.

He deplores the inexorable loneliness of his species, its ease of manipulation, its penchant for self-destruction and intolerance, and likes to think that his sculptures are disturbing.

Beyond this nihilistic rhetoric, James Colomina's work is guided by more personal obsessions, notably the idea of time passing and death.

An admirer of Maurizio Cattelan, Banksy, Blek the Rat; James Colomina is a fervent defender of street art, and not only in its tangible realization.

James Colomina considers street art to be a legitimate art like any other, and campaigns not to exclude it from galleries.

Boulevard de la Gare in Toulouse, the place that was once the Austrian consulate, then the famous Toulouse café, is today devoted to the creative impulses of the sculptor James Colomina.

Upon entering the studio, nothing is more striking than this omnipresent carmine red resin, which the artist covers his works with constancy and application. It is hard to imagine that he first tried white, black, pink and fluorescent green, blue and then bright yellow...

This red, which was not a favourite colour, ended up becoming a signature; the day James Colomina developed his own technique, his own dilution...his own red, in short. Now in his head, ideas spring up red. He confesses that he loves the contrast, the ambivalence of the emotions inspired by this hue.

James Colomina's latest installation of the little red man is located on the new Allées Jean Jaurès in Toulouse.