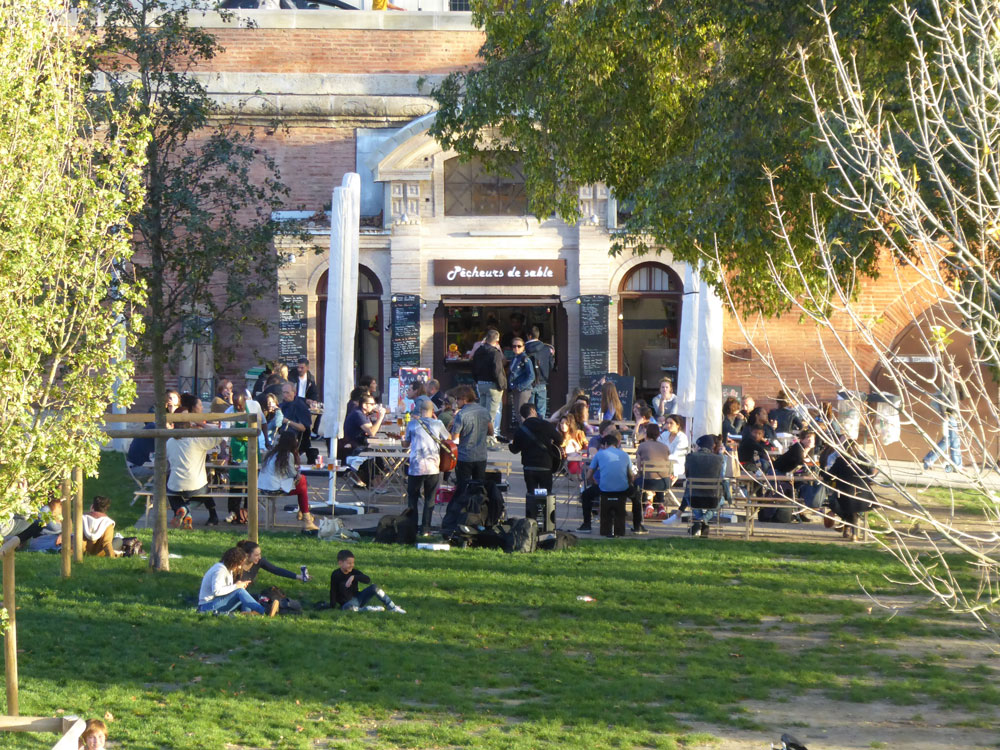 Among the beautiful ballads of Toulouse, there is one not to be missed: the banks of the Garonne.
And if you feel like quenching your thirst near the church of La Daurade, just stop at the foot of the church, by the water ...
The snack bar is called: "Pêcheur des sables" (Fisher of the sands).
It's on the edge of the river and the particularity of this refreshment bar is that it used to be a morgue.
In the Garonne, alas, one can drown oneself and it is there that the victims were brought back from the river when it was a little too impetuous.
Right next to the refreshments you can see the marker marking the height of the Garonne's highest flood.