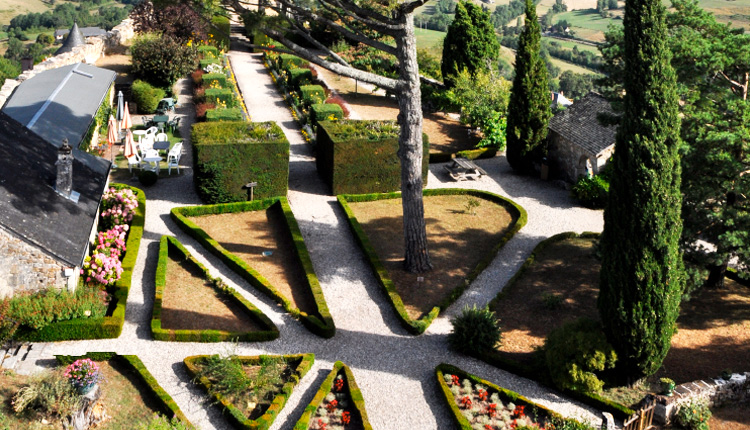 info_outline
You are here: Home / Regions / Nouvelle Aquitaine / 19-Corrèze / The castle of Turenne, major place of the History of France

The castle of Turenne, major place of the History of France

Established since the XIth century by the Viscounts of Comborn at the top of the cornice, the castle presents only imposing vestiges. This demolition, ordered by Louis XV and awarded in 1753, owes nothing to the Revolutionaries.
Today remain only 3 elements.
Defending the entrance of the castle, the massive and rectangular keep dates from the 12th century. The Guards' room which can be visited and its Louis XVIII furniture with a collection of salt chests. Opposite the dungeon, the round tower, known as the César tower (12th - 13th c.) was used as an observatory.
You can reach its top by a spiral staircase to enjoy very wide panoramas, well beyond the Dordogne valley to the south.
The Château de Turenne was classified as a Historic Monument in 1840, renewed in 2016, and the main building, dismantled, gave way to a superb French-style flowered garden.

The Caesar Tower
Caesar's Tower, a 13th century cylindrical tower, symbolized the Viscount's allegiance to the Crown. It was also used as a watchtower and as a relay to send signals.
It is reached at the top by a spiral staircase, equipped with a ramp, and offers a very wide and astonishing panorama.

The Garden
On the site of the rocky platform occupied by the present gardens, there was a vast and sumptuous main building.
Listed in the French Parks and Gardens Guide, the garden of the Château de Turenne combines in a simple and elegant way, "French-style" designs and large English-style parterre.

The Guards' Room
The dungeon, the Treasure Tower or the Clock Tower, was built in the 14th century and has kept its Guards' Room with its beautiful broken arch vault that you can visit all year round.
A collection of Louis XIII salt chests, furniture and objects from the period are on display there.

The castle of Val