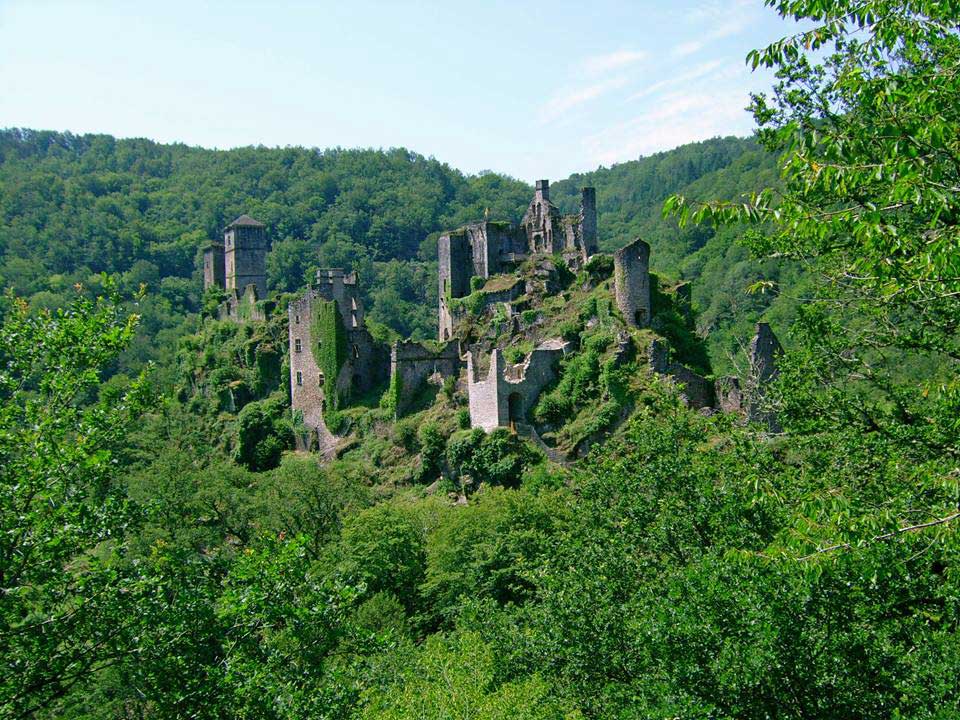 info_outline
You are here: Home / Regions / Nouvelle Aquitaine / 19-Corrèze / The lost cave where treasures are piled up...

In the High Middle Ages, a wandering Saracen put the lord of Merle's castle in the secret of a cave under his castle. He revealed to him that the invaders had once stored great wealth accumulated during raids in the region.

The lord of Merle discovered the hiding place, left the treasures in place, and then used the cave to store his own fortune as well.

Subsequent generations fortified the rock and jealously guarded the secret of the underground lair, which they used one after the other to collect their treasures.

Weary, the secret of the place was lost with the last descendant of the lineage.

Today, the entrance to the famous underground room where these treasures dating from the 8th century to the end of the Middle Ages were stored is still being sought in the rocks above the castle.

The Museum of President Jacques Chirac