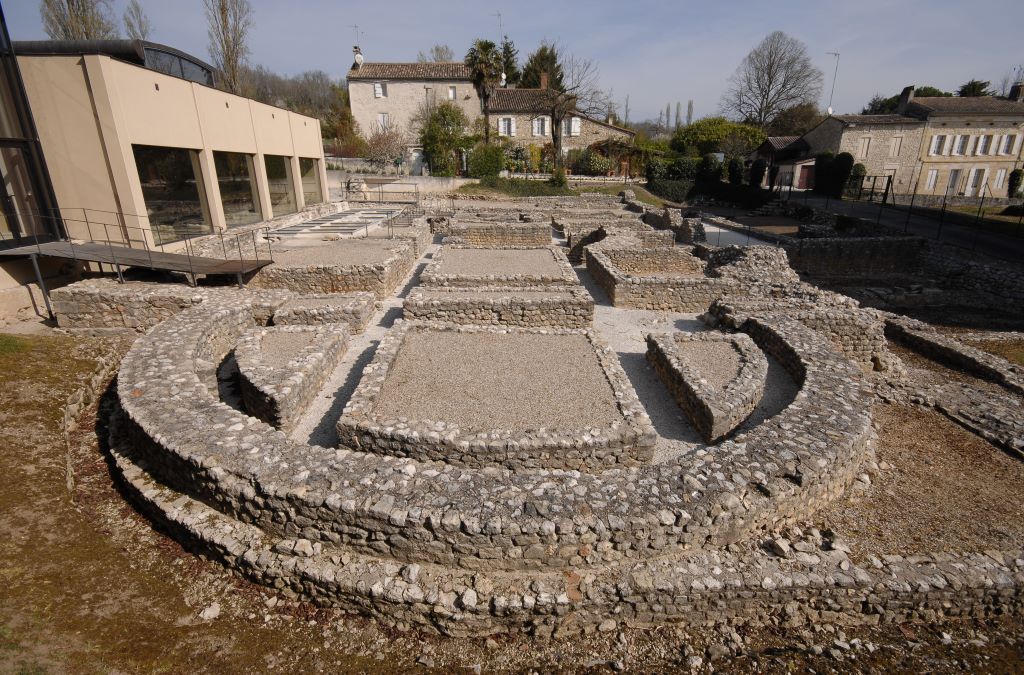 info_outline
You are here: Home / Regions / Nouvelle Aquitaine / 24-Dordogne / Montcaret, its Roman mosaics, its church and its Pigeon House of Monvert..

Montcaret, its Roman mosaics, its church and its Pigeon House of Monvert..

Montcaret, in the Périgord Pourpre in the southwestern part of the Dordogne, located about 40 km west of Bergerac, is best known for the remains of a Roman villa, discovered by workmen during the 19th century.

The archaeological site of Montcaret, its Gallo-Roman villa (rural aristocratic residence) and its private baths with exceptional mosaic pavements are worth a visit.

Rich aristocratic residence, one can observe the vestiges of a cruciform plan dining room (triclinium) protected in a museographic space, a vast reception room of 350 square meters and private baths.

We can also see various mosaic pavements. The frigidarium, the cold bath, is decorated with a mosaic composed of 16 square panels of which 13 are perfectly preserved. They illustrate the world of the sea (fish and shellfish). The pavements of the other rooms are decorated with geometric and plant motifs.

A small museum containing objects discovered during the archaeological excavations has been opened.

Another site of interest is the 11th century church of Montcaret, built by Benedictine monks using stone from the Roman villa.

To see in particular, inside scenes like "Daniel and lions" and on the outside wall of the church, a sculpture of Adam and Eve.

Around the church, among the excavations of the Gallo-Roman villa, are several sarcophagi.

Another interesting monument is the Pigeonnier de Montvert, on the border of Montcaret on the territory of Saint Seurin de Prats, which dates from the 17th century.

The castle of Bridoire, the castle with the 100 games of yesteryear