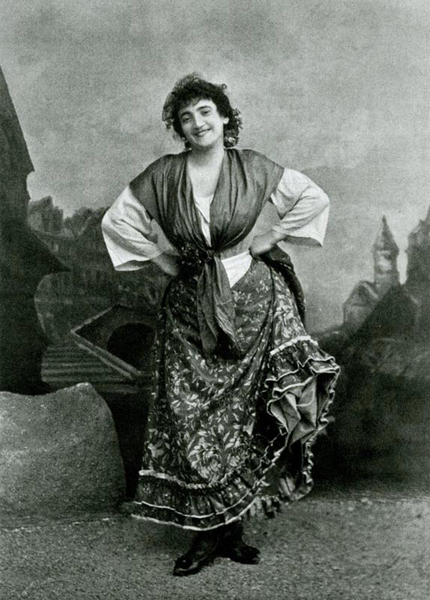 info_outline
You are here: Home / Regions / Occitany / 12-Aveyron / Emma Calvé, Carmen for ever

Emma Calvé, Carmen for ever

Born in Decazeville in 1858, Emma Calvé, an immense soprano, was a star before her time, by her talent, her fame, her whims and her behavior. Her eccentricities also...

In her time, called Belle, as famous as Callas was sixty years later, she was the unforgettable interpreter of Carmen. Never before has a soprano in the world performed her so many times.
Massenet wrote operas for Emma such as Sapho..,

America worshipped her. Some say that draped in a tricolor flag to sing the Marseillaise on American stages, she contributed to the engagement of the United States in the first world conflict.

Others talking about the New York press of 1900, compare her to the articles about Tina Turner or Mick Jaegger declaring once again that this was their last tour.

But the one who was the friend of the crowned heads did not have a big head.

She remained all her life the child of the Causses without ever denying her peasant and Rouergue origins.

Better still, she always put forward her origins. It is this aspect of the character that Georges Girard, her most faithful admirer, appreciates the most. "During a recital, it often happened that she would cover Occitan songs. As for the bourrée, she danced it marvelously well".

She had made of her castle of Cabrières, which she had acquired to recharge her batteries in her country, a kind of sanatorium for the poor children of Millau.

She did not hesitate to support the workers of Millau during their big strikes during the thirties.
Like Mozart, she died in 1942 in misery and general indifference.