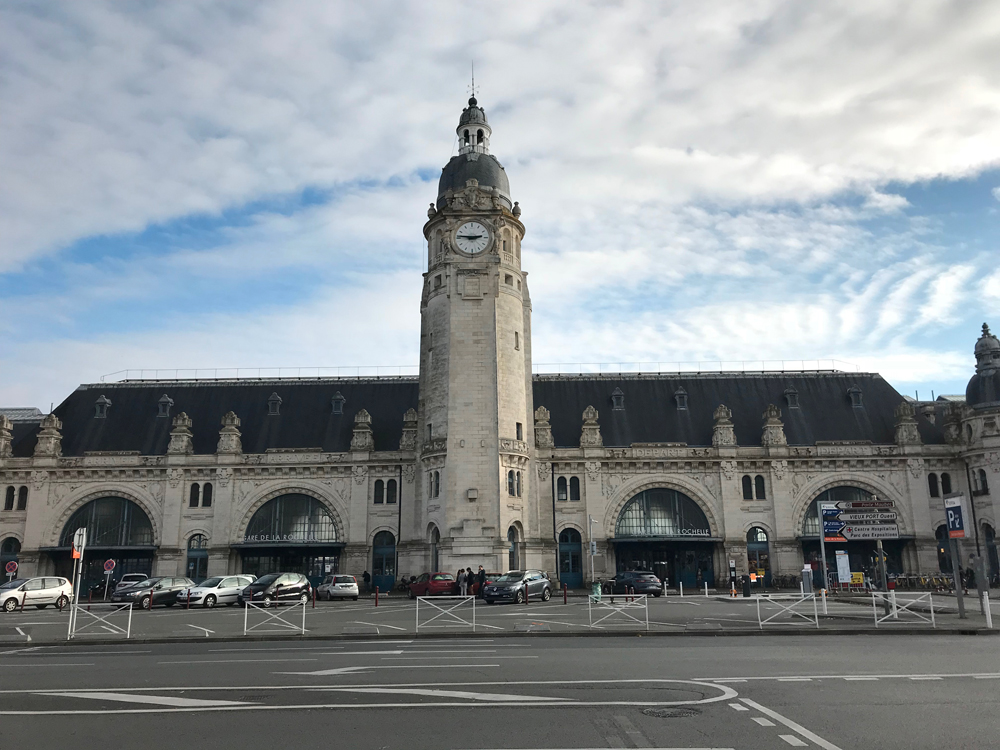 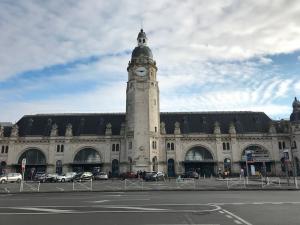 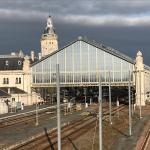 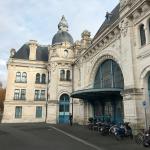 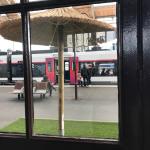 info_outline
You are here: Home / Regions / Nouvelle Aquitaine / 17-Charente-Maritime / The La Rochelle train station, one of the most beautiful railway buildings in France

The La Rochelle train station, one of the most beautiful railway buildings in France

The La Rochelle train station, the last large monumental station built by the French state railroads, was put into service on September 6, 1857.

Located on the line from Nantes-Orléans to Saintes, the La Rochelle station is considered one of the most beautiful railway buildings in the country. The tower, the facades and roofs, the hall and its mosaics are registered as historical monuments by order of April 27, 1984.

The facade decorated with fish shells and crabs, was recently renovated.

In 1909, a new station was built at the southern end of the horned structure. The building, designed by the architect Pierre Esquié, is monumental and dominated by a 45m high campanile, higher than the towers of the port entrance. Its construction, interrupted by the First World War, was not resumed until 1919. Finally, the new station was inaugurated on November 19, 1922 by the Minister of Public Works at the time, Yves Le Trocquer.

The station, richly decorated, recalls the architecture of La Rochelle and in particular that of the Grosse Horloge. The passenger hall is decorated with large mosaics, the facings are made of stone, the facade is decorated with numerous engravings inspired by marine life. The platforms are completely covered by a large glass roof.

During the storm of December 1999, part of the canopy was damaged. It is now fully restored.

Since 1993, La Rochelle has been served by the TGV, which puts it at 3 hours by train from Paris.

The La Rochelle train station, one of the most beautiful railway buildings in France