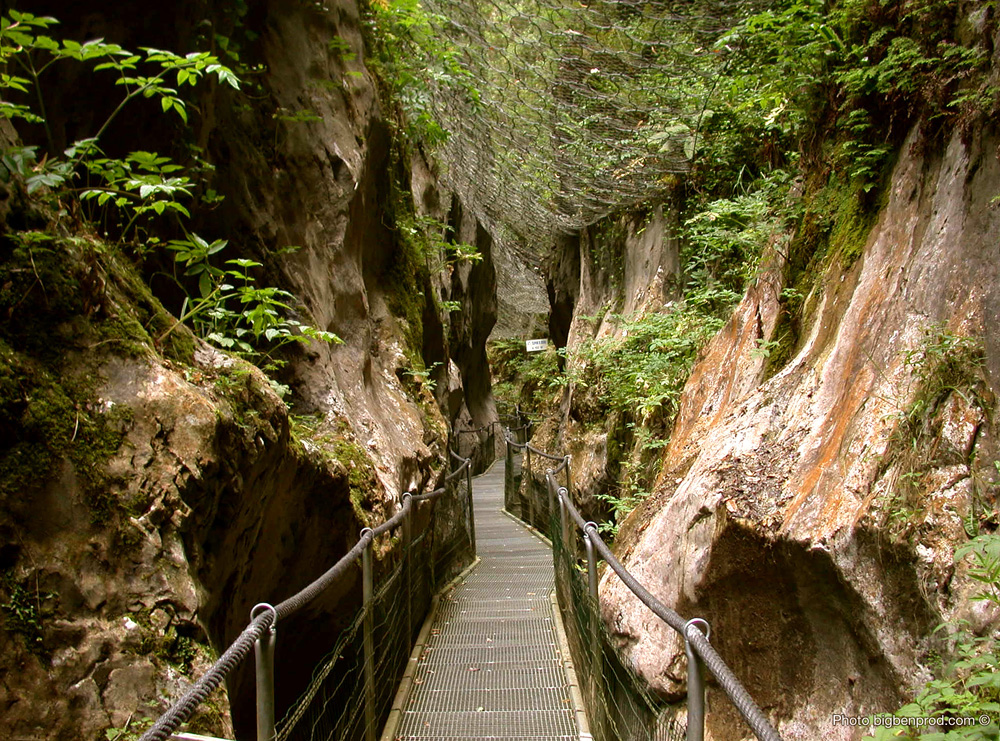 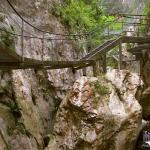 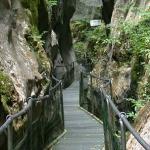 info_outline
You are here: Home / Regions / Occitany / 66-Pyrénées-Orientales / The Gorges de la Fou, the narrowest in the world

The Gorges de la Fou, the narrowest in the world

The Gorges de la Fou, a protected natural site in the Vallespir valley, are formed of narrow gorges that can be visited in complete safety thanks to footbridges. However, the site is currently under restoration suite à un éboulement. Ask for more information.

They are known to be the narrowest gorges in the world, sometimes less than one meter between the rock faces.
The Fou River has its source at La Souque and has dug a long and narrow canyon of 1739 m in the limestone rock.

Gigantic cliffs with red hairs rise up to the sky and are shaped by the work of the water during millennia.

It is said that these gorges were the landmark of the Trabucayres, the highwaymen who hid their booty there, after having robbed the stagecoaches, in the numerous caves.
They were executed in 1846 but their treasures were never found.
Another legend has it that they sheltered witches and evil geniuses.

Yet another tells that a lost black sheep from a flock was miraculously found, safe and sound and immaculately white in the parade?

This route has been proposed to you thanks to a group of adventurers from Arles and improved including Peperty, De Viaris, Soule, Riondet and Pujade, precursors of tourism in Haut Vallespir, who began in 1928 the official exploration of the Gorges de la Fou.