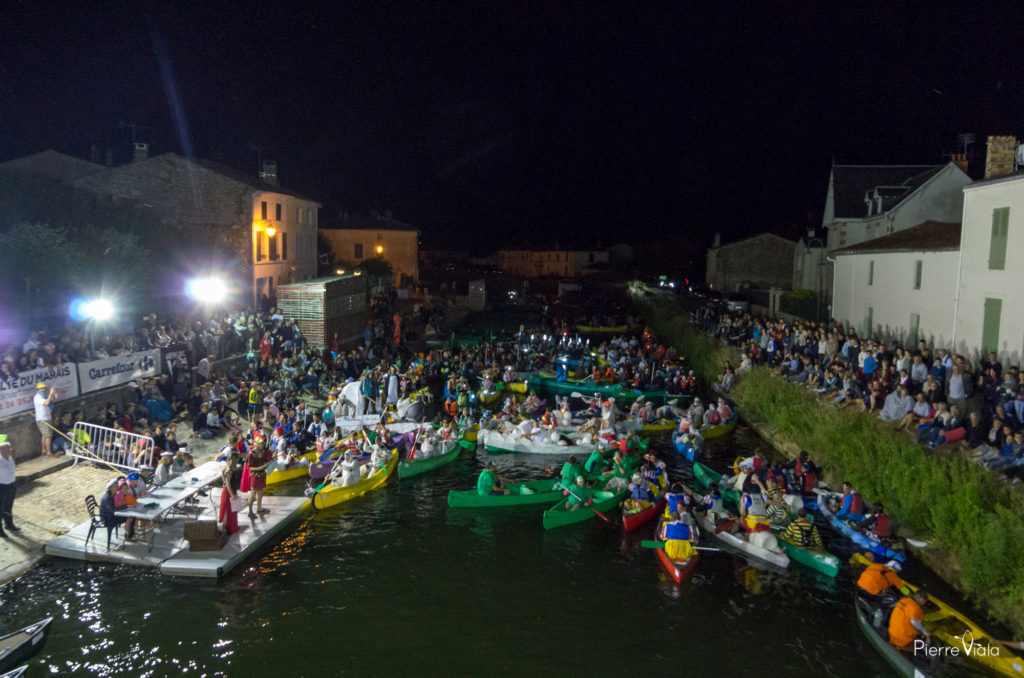 Every year, in June in Coulon, the Canoe Kayak niortais organizes the Rallye du Marais poitevin, an event recognized by the French Federation of Canoe-Kayak, and which gathers a thousand participants and more than 3000 spectators. An event and not a race.

Indeed, they come from everywhere, from France of course, but also from Switzerland and Belgium in particular, to solve riddles on the marked route on the water.

A treasure hunt where young and old alike get caught up in the games.

This treasure hunt in the Marais Poitevin takes place at night, in a festive atmosphere, in teams of at least 3 canoes or 4 kayaks minimum. Teams are invited to dress up and decorate their boats to surprise the large number of people who will be on the banks.

The teams will set off in a maze of canals and conches, looking for "checkpoints". These points will be found with the help of riddles that are provided to the teams at the start. At each point, a key word is to be discovered from an animation played by members of the Canoë-Kayak Niortais or with the help of visual elements. All the words found allow them to discover the annual theme of the rally.

Candidates have a maximum of five hours to find all the checkpoints. Beyond that time, penalties are applied. The ranking is based on the time spent, the number of checkpoints found, and the accuracy of the theme.

Rewards are not only for the first: rewards of equal value are awarded to the crew with the highest score, the best disguised crew (a special jury is appointed) and a team drawn at random from among those who have declared their return. But we don't forget the team with the most humour, nor the one that has had the hardest time...

Parthenay, "the little Carcassonne of the West".