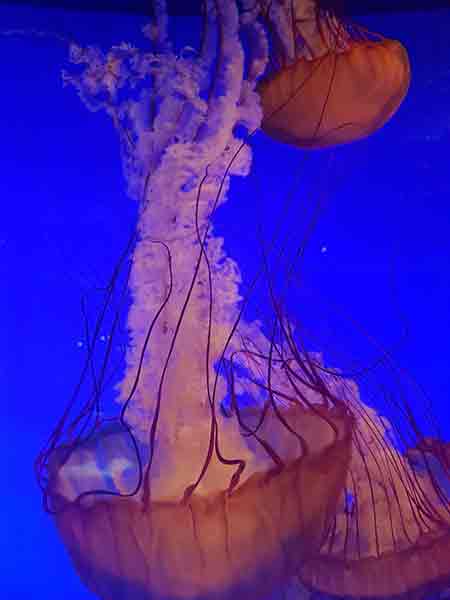 The aquarium of La Rochelle, where 12,000 marine animals meet

In the centre of the city, facing the Old Port, the La Rochelle aquarium is one of the largest private aquariums in Europe.

For 2 hours, you can visit the heart of the oceans and meet more than 12,000 marine animals, representing 600 species on 8,445m2 and in 3 million litres of seawater.

René Coutant, who died in 1984, an aquarium manufacturer, exhibited his collection publicly for the first time in 1972. He was followed by his children Roselyne and Pascal who opened in 1988 the largest Aquarium in France on the port of Les Minimes. Then, in 2001, in response to the company's success, the aquarium moved to a location near the Old Port, where it has welcomed 800,000 visitors every year since it opened.

It offers in particular an Atlantic room, a Mediterranean room, an oceanic area, another reserved for jellyfish, a Caribbean room, another Indo-Pacific room, an aquarium dedicated to sharks, the Amphitheatre aquarium, a tropical greenhouse...

In 2017, the Aquarium de La Rochelle will offer a new journey to the great depths. In the darkness, the marine species are illuminated with bright colours... The immersion in the Gallery of Lights is a real wonder.

A look at the video below is another...

The Bunker of La Rochelle, a historic blockhouse