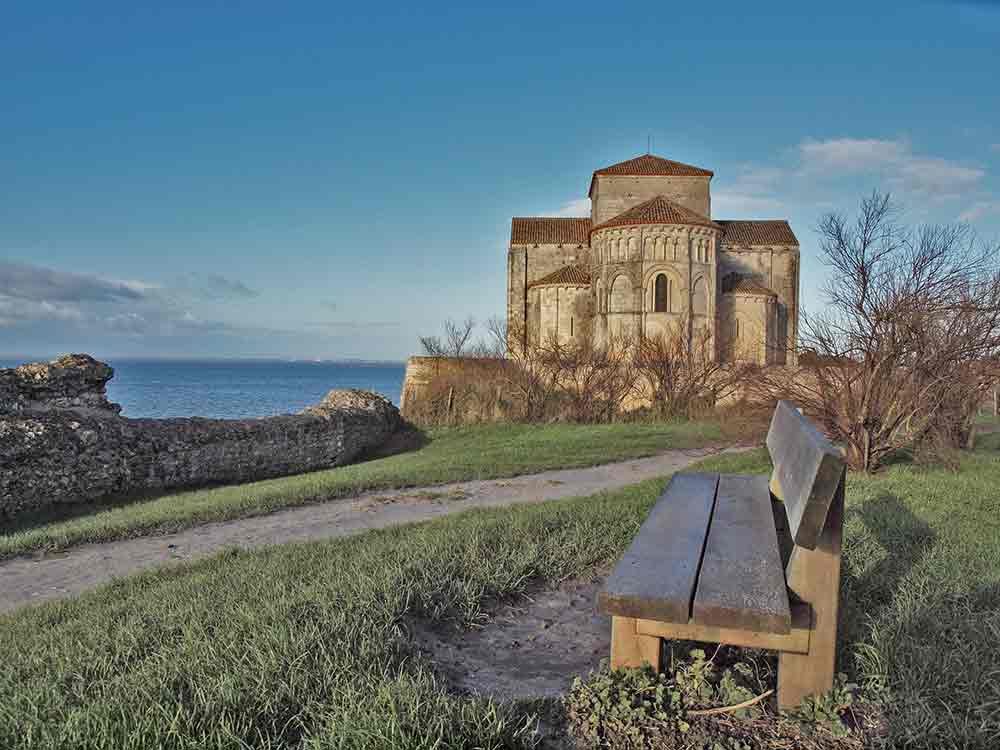 Third tourist site in the department after the aquarium of La Rochelle and the zoo of La Palmyre in Ryan, perched on a rocky promontory overlooking the Gironde estuary, Talmont-sur-Gironde has kept today its original plan of bastide, built in 1284 by the King of England, Edward I of Aquitaine.

This citadel, "Ville Close" of the Middle Ages, houses some remains, the most visible and best preserved of which are those of the White Tower, a name given in memory of the "White Tower", the famous Tower of London.

But Talmont's first attraction is the Sainte-Radegonde church, a magnificent Romanesque church built in the 12th century by the Benedictine monks of Saint-Jean d'Angely Abbey. This church, which dominates the Gironde estuary, has lost two nave spans due to erosion.

The restorations of the 20th century have changed its silhouette. Its cemetery, a marine par excellence, adjoins its surroundings. You can discover curious cenotaphs, a kind of monolithic headstone on feet, very fashionable in the 19th century.

Finally, the municipality offers a Museum of Talmont and Fishing Treasures that traces Talmont's history and in particular its fishing activity.

Today, the village of 107 inhabitants, classified as one of the "most beautiful villages in France" and subject to tidal erosion, is in danger of collapsing in the Ocean...

The Things of Life, the movie

The New World Museum, Museum of the Americas