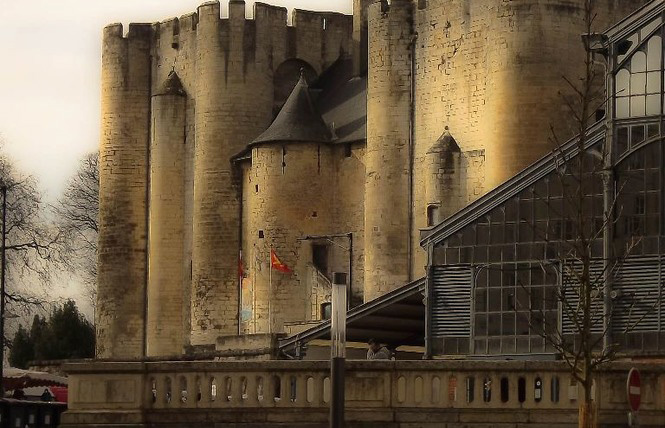 info_outline
You are here: Home / Regions / Nouvelle Aquitaine / 79-Deux-Sèvres / The Donjon of Niort, work of the Plantagenets

The Donjon of Niort, work of the Plantagenets

On the banks of the Sèvre Niortaise, stands one of the most beautiful sets of twin Romanesque keeps in France.

Classified as a historical monument in 1840, the first one in Niort to be classified as such, the Niort Keep is of exceptional importance for the history of military construction in the Middle Ages.

At the beginning, it was a vast quadrilateral castle, 700m long and armed with a dozen towers.

Henry II Plantagenet, King of England, who wanted to develop and defend the domains that his wife, Eleanor of Aquitaine, had brought to him through her marriage, decided to rebuild the castle of Niort at the end of the 12th century and to make it an impregnable fortress.

Their plan is similar: a solid cylindrical tower of 5 m. in diameter covers each corner and a hemicylindrical median buttress consolidates the walls. The southern keep, erected in the 12th century, is the higher of the two (28 m.). It is a typical example of the military architecture of this period. "

The Donjon of Niort houses a museum, the Donjon Museum, labeled a Museum of France, which hosts temporary exhibitions. A permanent exhibition tells and explains the history of the city and the keep. The architectural evolution of the keep, from the 12th century to the present day, is presented thanks to 3D modeling. Explanatory panels, dioramas, a film projection and a general topographic model of the medieval city bring the past to life.

Guided tours of the monument are also offered to the public. The lower room is devoted to regional archaeology and on the first floor of the central building, the Poitevin furniture - reconstitution of a Poitevin interior, discovery of the daily life of a family from
Niortais at the end of the 19th century.

Since June 6, 2014, the Cachot Noir houses the new archaeological collections of the Donjon. Curiosity, the access to the terrace allows to discover a vast panorama around.

The Donjon of Niort

Au Petit Brasseur is on track and in the right car...