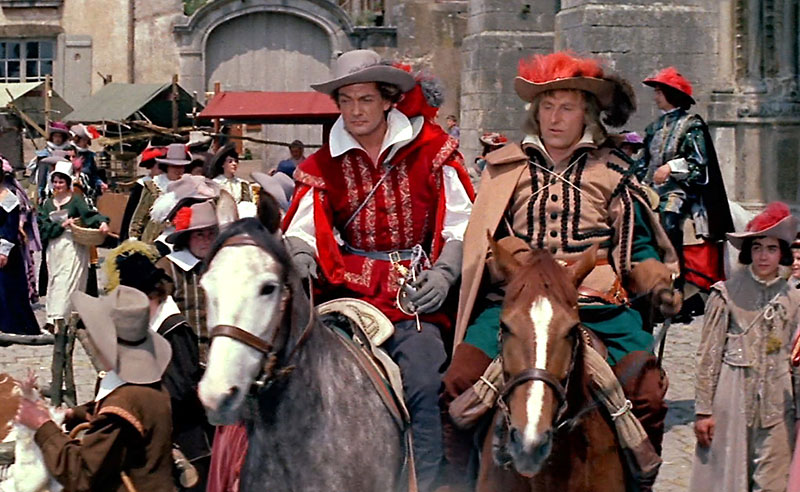 info_outline
You are here: Home / Regions / Nouvelle Aquitaine / 19-Corrèze / When Jean Marais was climbing the towers of the Château de Val

The Château de Val belongs to the town of Bort-les-Orgues, in Corrèze, while being located in the Cantal, in the commune of Lanobre.

Built in the 15th century, on a 30m rock, the castle is a fortress flanked by six towers crowned with machicolation and topped with pepperpot roofs.

Its setting is so exceptional that it has become one of the most famous sites in the region, especially after the flooding of the valley. Saved from "drowning" it is now nestled on a small peninsula on the edge of the lake.

The film " Le Capitan " with Jean Marais was shot within its walls, highlighting the towers that the actor climbed.

Buffet, Carzou, Menguy, Jansem, Bouyssou, Murayama, Hilaire and many other artists exhibited their works there.

One enters the castle by a staircase that leads to an iron-clad door whose tympanum is decorated with a bas-relief of the d'Estaing's fleur-de-lys coat of arms.

In the main courtyard, a Gothic chapel, also from the 15th century, is dedicated to Saint Blaise. The first floor comprises three large rooms whose decoration dates from the mid-19th century. The second floor houses annual exhibitions from mid-March to mid-October.

Musical entertainment is organised on Wednesdays at 9 p.m. in the courtyard of the castle in July-August.