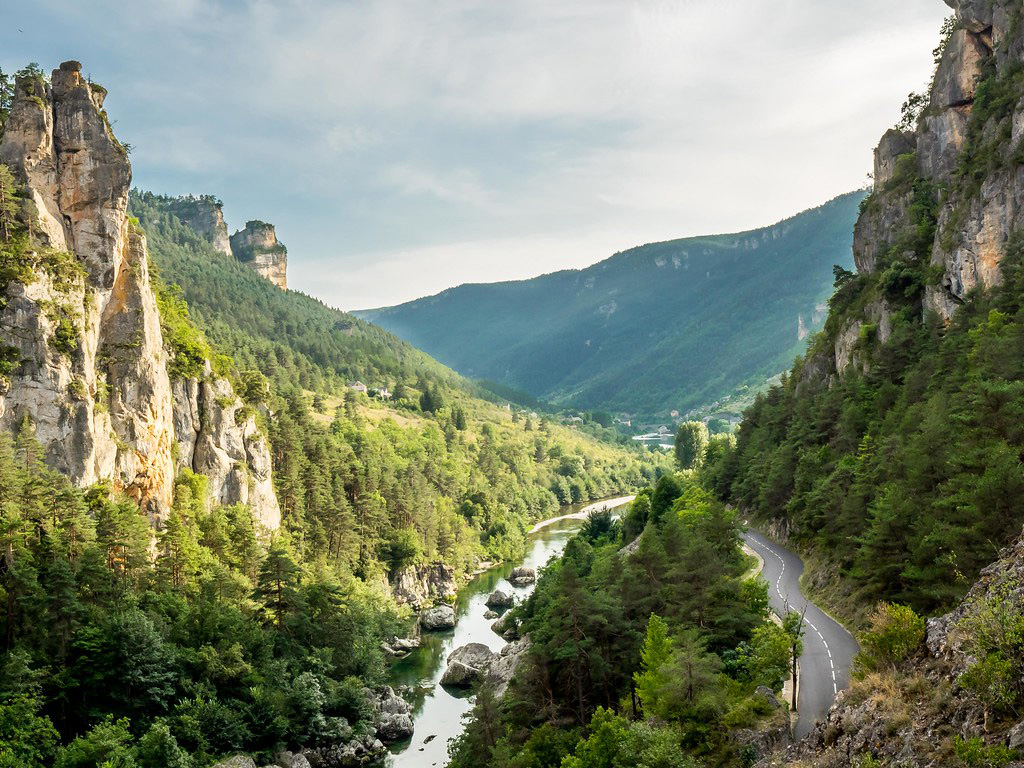 info_outline
You are here: Home / Regions / Occitany / 48-Lozère / The Chaos of Pas de Soucy, two legends for the same site

The Chaos of Pas de Soucy, two legends for the same site

In the Gorges du Tarn, an enormous heap of rocks has become a tourist curiosity.
It also gave birth to a legend, where we find Sainte-Enimie, Merovingian princess, sister of King Dagobert and heroine of a first legend, that of the Fountain of Burle.
After being cured of leprosy in the water of this spring, Enimie wished to erect, on the spot, a prayer center for women.
An initiative that did not please the Drac, incarnation of the Devil. Every night, the Devil destroyed the walls built the previous day.
In the end, in despair, Enimie found comfort in the announcement by a small voice of the reinforcement of Saint-Hilaire.
At the end of a fierce fight, the Devil fled, following the collapse of the Pas du Soucy and the fall of an enormous block, that of Roque Sourde.
Enimie spent the end of her life withdrawn in a cave, today the hermitage.

Gargantua passed by there...
Another legend was born from the Chaos of Pas de Soucy.
Gargantua, passing through the Gorges du Tarn and too cramped in Sainte-Enimie decided to continue his journey by the Causse de Sauveterre.
Surprised by the night in Saint-Rome de Dolan and hungry, he decided to fish.
To enlighten himself, he picked up a star, a knee on each edge of the causse.
He did it so awkwardly that he made the mountain tremble and caused a landslide.
The Chaos of Pas de Soucy was born.

A miraculous spring for a Merovingian princess