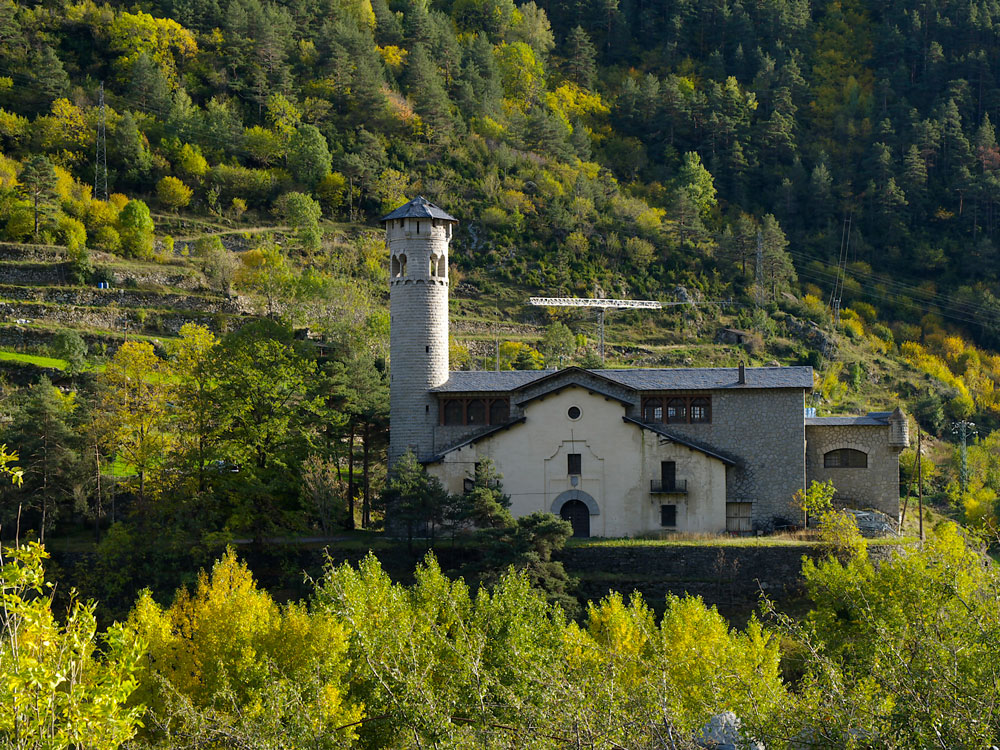 info_outline
You are here: Home / Regions / Principality of Andorra / The Andorre Radio vs South Radio wars

Aqui Radio Andorra!
This radio station was created in 1939 in the Principality of Andorra on the initiative of Jacques Trémoulet, who also owned Radio Toulouse at the time. It broadcast without interruption throughout the Second World War.
At that time it only broadcast a musical programme with its famous call sign "Aquí Ràdio Andorra". Germans and Allies tried in vain to control it, but the neutrality of the Principality of Andorra served as a shield. At the Liberation, it experienced various problems initiated by the French authorities: jamming, blocking of records at the border, complaint against its founder for collaboration. Her good right was finally recognised and she was able to continue broadcasting.
Jacques Trémoulet, in addition to the famous Radio Toulouse, had taken control of Radio Agen and Radio Bordeaux, and after the Second World War had created Radio Africa in Tangier, Radio Intercontinental in Madrid and Radio Antilles on the island of Montserrat (West Indies): the most powerful transmitter in the Caribbean.

In 1981, the Andorran authorities wished to nationalize broadcasting in the Principality and did not renew the licences of the territory's two private radio stations: Radio Andorra and Sud Radio.
Sud Radio then withdrew to Toulouse and Radio Andorra stopped broadcasting for good.

Sud Radio - Radio du Grand Sud
In 1951, an inhabitant of the Valleys of Andorra, Stanislas Puiggros, who was involved in the creation of Radio Andorra, but in delicacy with his associates, proposed to the French government to sell him the radio licence he found in his wedding basket and dating from 1935. At Vincent Auriol's request, chaotic negotiations begin with the Andorran authorities for the construction of a transmitter. It was finally put into service on 18 September 1958.
On 29 March 1961 an agreement was signed authorising the two stations to transmit from Andorra. The French radio station, until then called Radio des Vallées d'Andorra, became Sud Radio in 1966. In March 1986, Sud Radio was authorised to broadcast on the French FM band, after having been banned in the Principality of Andorra. The following year, Laboratoires Pierre Fabre took control of Sud Radio with regional investors alongside them. In turn, the radio station took a majority stake in 1990 in one of France's first local radio stations, Wit FM, which had until then been wholly owned by the professional football club Les Girondins de Bordeaux.
In 1994, Sud Radio expanded its broadcasting area, now covering 22 departments in the south of France. The group's turnover passed the 100 million French franc mark in 1995.
From the year 2000, all programmes are broadcast digitally.
In 2001, the CSA allocated 4 new frequencies to Sud Radio in Auvergne-Limousin (Brive, Ussel, Mauriac and Le Puy en Velay).
In November 2005, Sud Radio was sold to Sudporters, a group including the Orléans group Start, Radio Scoop de Lyon and Alouette FM des Herbiers. A new schedule is launched the following year with the new "Show and Info" format.
In 2008, Sud Radio sets up its studios in Labège near Toulouse and installs a permanent correspondent in Marseille. A transmitter provides coverage of the Marseille-Aix-en-Provence agglomeration, an additional potential audience pool of more than 1.3 million people.
In 2013 Sud Radio was to change hands again, bought out by the Fiducial business services group.

These Roman churches, symbols of a rich history...