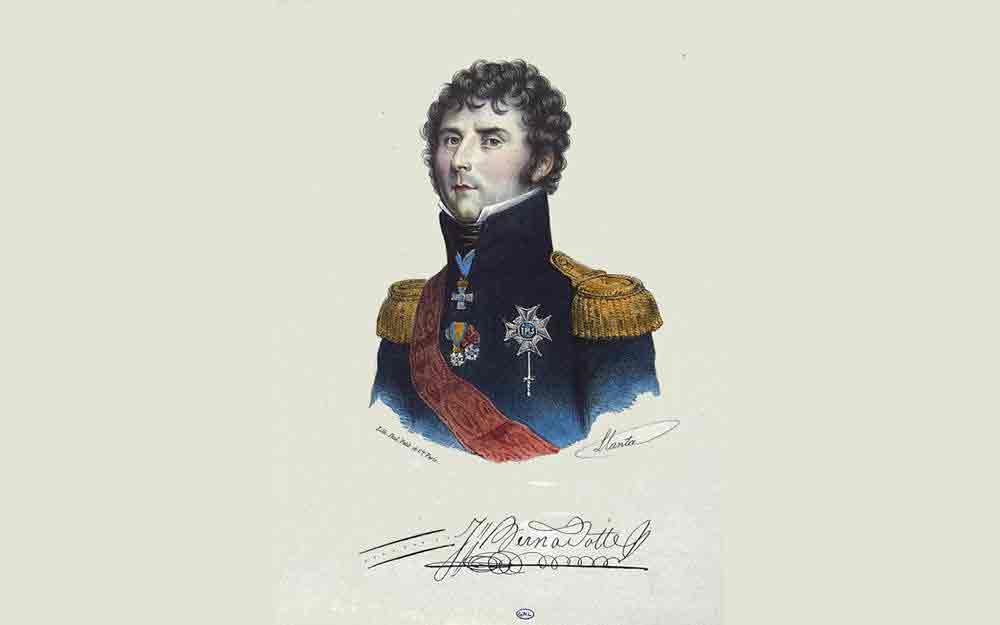 Built around 1730, the Balagué house, where Bernadotte was born on January 26, 1763, houses the museum of the same name and offers a beautiful example of Béarnaise architecture.
On two floors, the collection retraces through paintings, sculptures, objects and period furniture the irresistible rise of Jean-Baptiste Bernadotte to the rank of King of Sweden and Norway in 1818.
The visitor will thus find himself immersed, during his visit, in the Béarn of the 18th century, the French Revolution, the Napoleonic epic as well as the "immaculate whiteness" of the Scandinavian lands.

Scandinavian time
Since 2010, the Bernadotte Museum has been on Scandinavian time every fall.
Originally linked to the commemoration of the 200th anniversary of the election of Bernadotte, Crown Prince of Sweden, the event is still anchored around the character.
Today, it is a contemporary art event that hosts alternating Swedish and Norwegian artists.
This autumn event has already welcomed Sigvard Bernadotte, designer, uncle of the actual monarch, Susanna Esselberg and Joakim Eneroth, photographers, Lise Bjørne Linnert, committed to the Mexican women's cause, and Jens Ferm, painter selected among more than a thousand candidates for the Parisian contemporary art exhibition MAC 2000.
An event not to be missed...

On Monday, October 8, 2018, the City of Pau received the royal family of Sweden on the occasion of the bicentenary of the accession to the throne their forefather Jean-Baptiste Bernadotte. King Carl XVI Gustaf, surrounded by Queen Sylvia, Princess Victoria and Prince Daniel, inaugurated the Bernadotte Museum, just renovated and located in the house where Bernadotte was born, on rue Tran.

After a reception at the Pau City Hall, the King of Sweden and the Mayor of Pau planted an oak tree in the Beaumont Park, in place of the magnolia tree that had been planted previously by King Oscar II in 1899. A cutting of this historical magnolia was given to Princess Victoria for the young Princess Estelle.