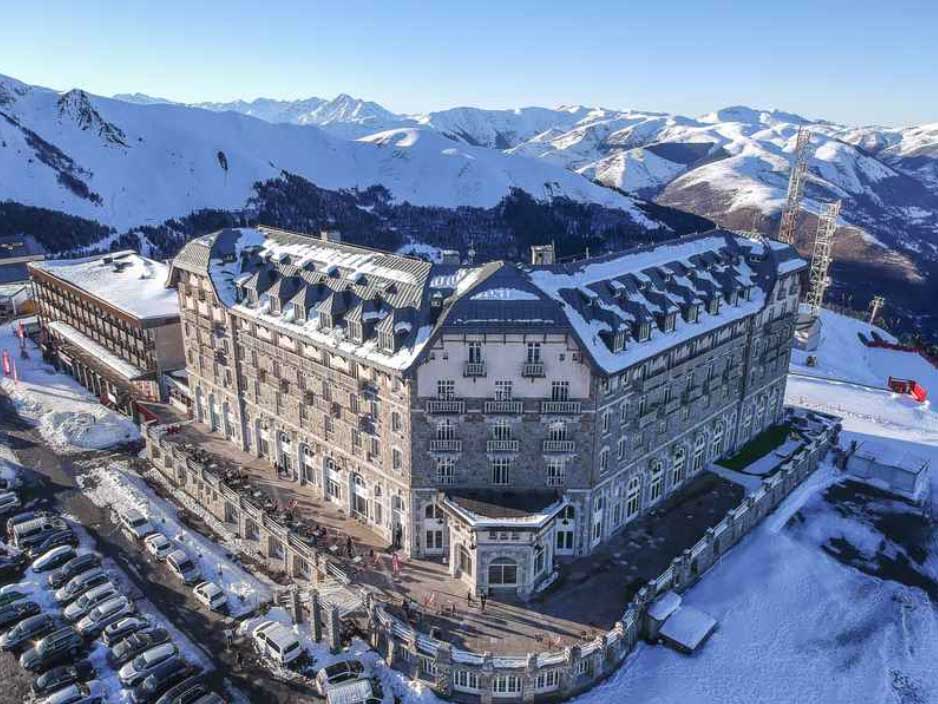 The Grand hôtel des cîmes, liner of the snow...

Two snow ships were built at the same time and by the same company.
To the thermalism was added, in both resorts, the fashion of winter sports.
That of Font-Romeu, in the Pyrénées-Orientales and that of Luchon-Superbagnères.
The resort of Luchon has been open since the beginning of the 20th century, benefiting from the wave of discovery of the virtues of Pyreneanism, notably by the English.
The air cure and winter sports resort is the work of Luchonnais Ludovic Dardenne, president of the town's tourist office.
He founded the Société des Chemins de Fer et Hôtels de Montagne aux Pyrénées in 1911 for this purpose.
The construction of the rack railway from Luchon to Superbagnères began in 1911, and the Grand Hotel was completed in 1922.
Superbagnères is first accessible by the rack railway, which was put into service in 1912.
However, the road overcame the railway, which was stopped definitively in 1966.
The Grand Hotel of Superbagnères was for a long time the main building built at the top.
It has often changed tenants.
The Club Méditérannée had, for a time, taken over the establishment before disengaging.
The Grand Hotel is now part of the chain "Les Villages Club du Soleil".