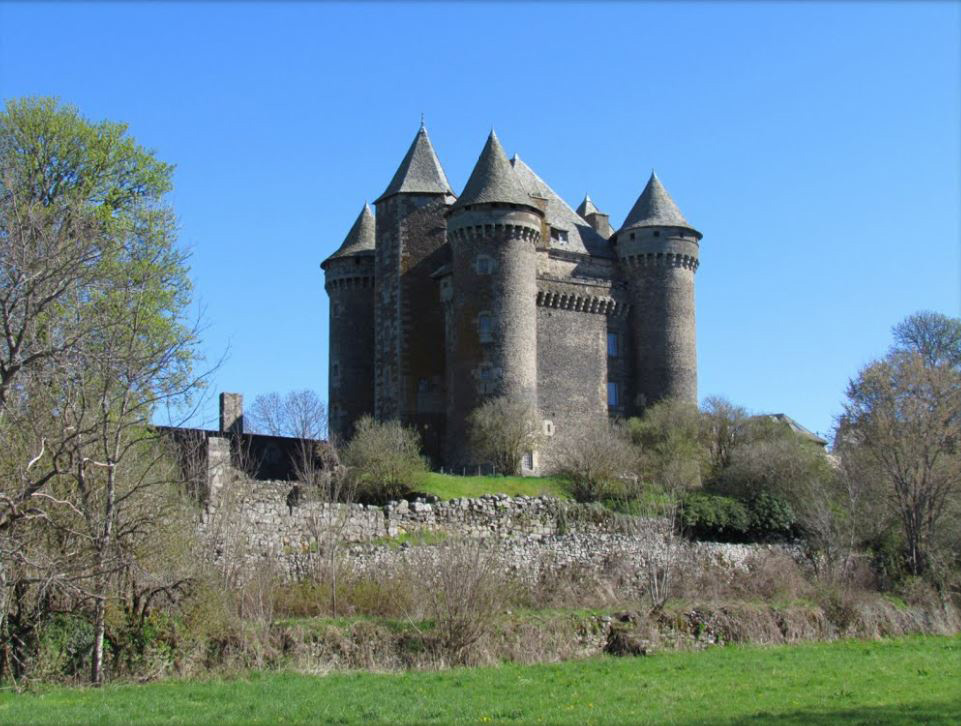 Located 5 kilometers from Laguiole, the Château du Bousquet, a 14th century Historic Monument, is exactly located on the direct route from Le Puy to Conques, already used by pilgrims in the Middle Ages.

The origin of the castle, dating from the end of the 13th or the beginning of the 14th century, remains mysterious since the most important documentation begins with the arrival of the Roquefeuil-Blanquefort family towards the end of the 16th century. This family stayed at Le Bousquet until the beginning of the 20th century. Currently the castle is the property of the Dijols family.

The castle was listed as a historical monument in 1928 and some elements were classified in 1978 such as the facades and roofs, the dining room, the fireplace, the door and the ceiling of the chapel.

In an exceptional state of preservation, one of the best preserved of this period in France, inhabited and furnished, it presents a military architecture undoubtedly hospitable, with walkways and machicolations. The chapel of the castle is at the heart of the eastern facade.

The castle of Bousquet, remains mysterious, not only because of its little known origins but also because it houses various symbols that are found nowhere else .

The whole building is accompanied by a discreet but symbolic decoration which can be explained by the connection to a mysterious past but most probably different from a strictly seigniorial local origin.