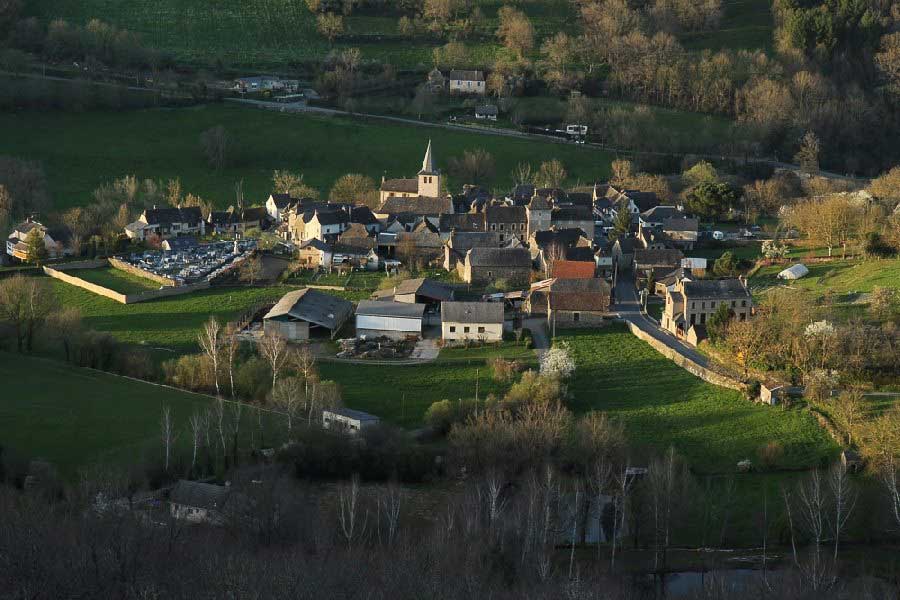 Situated overlooking the Aveyron, Prévinquières has preserved its medieval character.
The remains of its fortifications, built during the Hundred Years War when the English invaded the region, contribute to this aspect. They included three gates which regulated the entrances and exits of the inhabitants.
Prévinquières preserves from its old defences a high square tower under which a door opens on the south side giving access to the village. Nevertheless, the English occupied the village in 1376. It was the Count of Armagnac who delivered the inhabitants by buying the place from the English. From this period, the village also preserves very beautiful houses, some of which date from the 16th century, with half-timbering and corbels.

Visit
To see in Prévinquières, the church of Saint-Martin de Prévinquières rebuilt in 1850, the Couffinou and its Calvary called Cardelle, built in 1853 with the keystone of the old church as a base and whose Cross has been restored.
Another calvary, that of the Porte-Haute and its iron Cross planted on the ditch.
Another curiosity is the Fon district, the town hall square and the old castle, the Tinal, a typical example of half-timbered buildings from the 15th and 16th centuries which owes its survival to being used as a shed for the postal car.
Also worth seeing is the Relais de Poste-auberge, now the Pitchinel, a café-restaurant. The stalls still exist today. There is also the workshop of the old forge which was one of the most lively places in the village.
A remnant of the 15th century fortifications, the High Gate, a defensive tower with its portal, was attached to the adjoining building, which was home for several centuries to royal notaries, lawyers and surveyors, all members of the Scudier family.
At the far end of Prévinquières and overlooking the Aveyron, the small castle of Prévinquières once stood, of which only a few shapeless ruins remain.
Its first occupants were the Valettes, before 1262.

A discovery tour allows you to familiarize yourself with the history of Prévinquières.