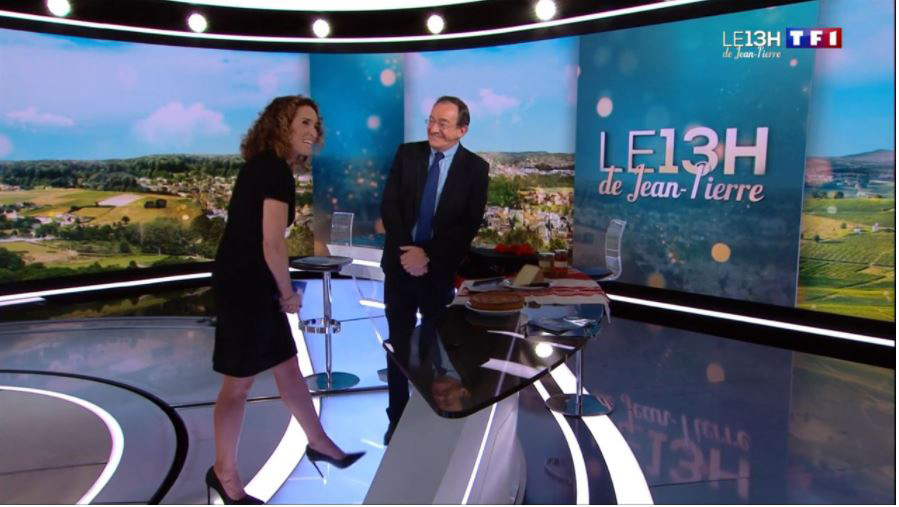 Marie-Sophie Lacarrau: from Aveyron to Paris

Marie-Sophie Lacarrau, was born on September 20, 1975 in Villefranche-de-Rouergue. Journalist and presenter on French television, she has been presenting the TF1 1 o'clock news since January 4, 2021.

In 1996, she did internships in the newspapers Midi libre and Le Villefranchois, then for the chains LCI and M61.

In 2000, Marie-Sophie Lacarrau was 25 years old and obtained her first work contract at the editorial office of France 3 Quercy-Rouergue, then two years later joined France 3 Midi-Pyrénées as a reporter.

She presented her first regional newscast during the 2005 Christmas vacations.

During the summer of 2010, she replaced Catherine Matausch on France 3 on weekends, then became Carole Gaessler's "joker" on the national 19/20 from September 2010 to July 20142.

From February 2016 to December 2018, she presents once a month, in the second half of the evening, the economic magazine "In Situ" on France 3.

On September 5, 2016, Marie-Sophie Lacarrau takes over from Élise Lucet at the presentation of the 1 p.m. news on France 2.

From February to June 2017, she hosts a new Sunday afternoon magazine on France 2 dedicated to Great Portraits.

Since 2017, she presents the July 14 parade with Julian Bugier.

In December 2019 and January 2020 and again in December 2020, she presents the sixth and seventh seasons of the Prodiges program on France 2.

The day after the announcement of her transfer, she is replaced without having been able to say goodbye, by Nathanaël de Rincquesen, who is acting as interim editor before Julian Bugier takes up his position, who will succeed her in January 2021 at the controls of France 2's 1:00 pm.