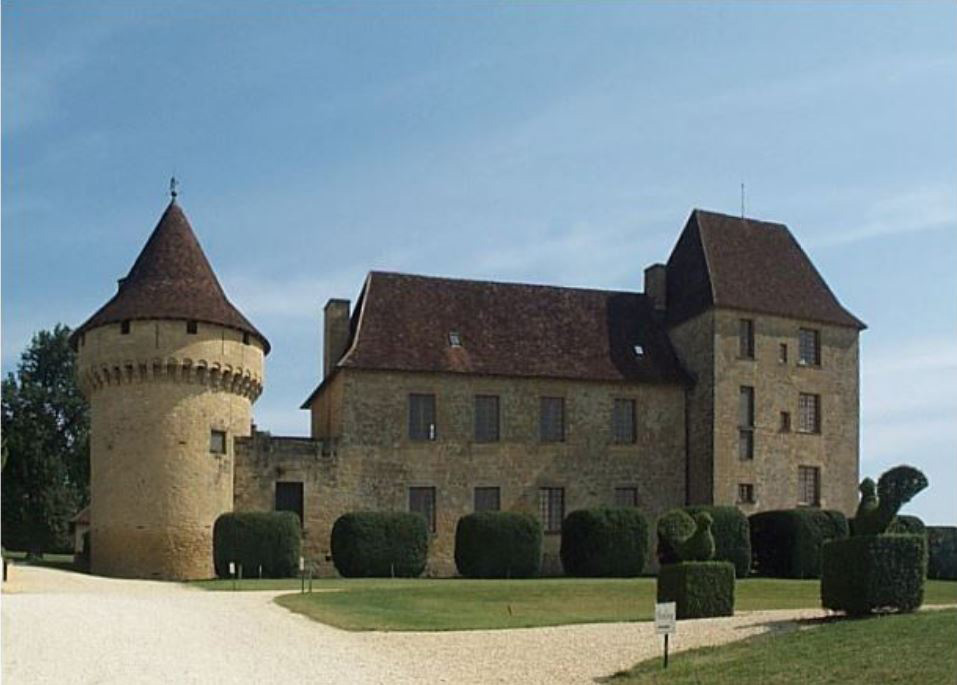 info_outline
You are here: Home / Regions / Nouvelle Aquitaine / 24-Dordogne / The castle of Chaban

The castle of Chaban

The castle of Chaban, located in Saint-Léon-sur-Vézère, in the Périgord region.

black is the subject of protection as a historical monument.

It is near this castle that Jacques Delmas became Jacques Chaban Delmas.

Chaban chose this name of resistance fighter in August 1943, one year before the Liberation, when he saw a sign indicating the castle of Chaban

It must be said that Chaban was in the zone where he led his resistance network.

At the Liberation, it was customary to link his name as a Resistance fighter to his official surname.

Considered one of the "barons of Gaullism", he was mayor of Bordeaux from 1947 to 1995, minister under the Fourth Republic and president of the National Assembly three times between 1958 and 1988.

Head of government under the presidency of Georges Pompidou, he advocated a "New Society", of centrist and social inspiration. A Gaullist candidate in the 1974 presidential election following the death of Georges Pompidou, he was eliminated in the first round against Valéry Giscard d'Estaing. This defeat was at the origin of the term "chabanisation", a neologism designating the rapid marginalisation of the favourite of an electoral ballot.

The castle occupies the site of a fortress that was destroyed at the end of the 14th century.

In an enclosed courtyard is a large square tower, whose battlements were replaced in the 16th century by a dormer window.

A corbelled turret is attached to it, in the middle of the main building, which continues into the courtyard at right angles.

In this part, mullioned windows and a 17th century door. A large round tower, separate from the 13th century, must have served as a chapel, representing the rest of the castle.

On the side facing the valley, a square tower makes the center of the Breton building with mullioned windows.

Remarkably restored some fifteen years ago by its owner, Marie-Joëlle Crichton-Watt, this beautiful residence is surrounded by newly laid out gardens and parks.

This castle is remarkable for its period furniture as well as for the
many embroideries or tapestries from Europe or China.
The site is also distinguished by its magnificent collection of original stained glass windows.
one of the most important private collections in Germany and France.
of France.

Finally, a tea room, with its beautiful terrace, opens onto a rural landscape, dotted with other houses of character.

Tourtoirac, the geological pearl of Périgord

The Tattooed Man in his castle