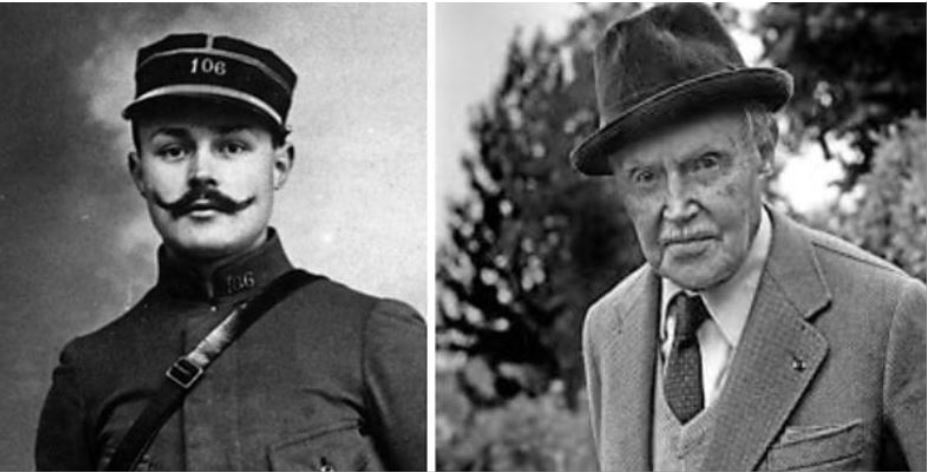 info_outline
You are here: Home / Regions / Occitany / 12-Aveyron / Maurice Genevoix, from the Aveyron to the Pantheon

Maurice Genevoix, from the Aveyron to the Pantheon

His wife, his marriages and the war, Maurice Genevoix was at home in Aveyron.

He discovered the Aveyron following his marriage to Yvonne Montrozier, daughter of the owner of the inn of the same name in Saint-Victor.

The novelist, who entered the Pantheon on November 11, 2020, had taken refuge in Saint-Victor-et-Melvieu during the Occupation.

Maurice Genevoix settled in Saint-Victor in the small house at the end of the inn's garden, on loan from his in-laws, when his wife had already died in 1938. Haunted by his memories of the front, he came there to seek peace of mind after the untimely death of his first wife.

Maurice Genevoix remarried in 1943 with a schoolteacher, also from Aveyron, Suzanne Neyrolles.

From the horror of the trenches, in which he fought before plunging his pen once wounded, Maurice Genevoix has drawn one of the richest and most poignant testimonies.

Little read, rather unknown to the general public, the novelist was for a long time summed up in his naturalist writings, after having won the Goncourt for the story of a poacher with "Raboliot" in 1925.

In South Aveyron, however, his name resonates particularly well.

Maurice Genevoix, writer, it is not only "Raboliot". He wrote in the Aveyron "Sanglar", reworked under the title "La Motte rouge", with the Raspes, Ayssènes and Saint-Rome-de-Tarn as a backdrop: "A novel about the wars of religion, enlightens the local writer Daniel Crozes, which echoed the difficult period France was going through during the German occupation. »

From her second union with Suzanne Neyrolles will be born Sylvie Genevoix.

Approached by the deputy Alain Marc - today a senator - and the former mayor, Daniel Frayssinhes, she will return twice to the village where her parents continued to make regular stopovers after moving.

"We had, at the time, the idea of opening a writers' house in the small villa that Maurice Genevoix occupied in 1940," recalls Alain Marc.

Her husband, economist Bernard Maris, was killed in the Charlie Hebdo bombing in January 2015.