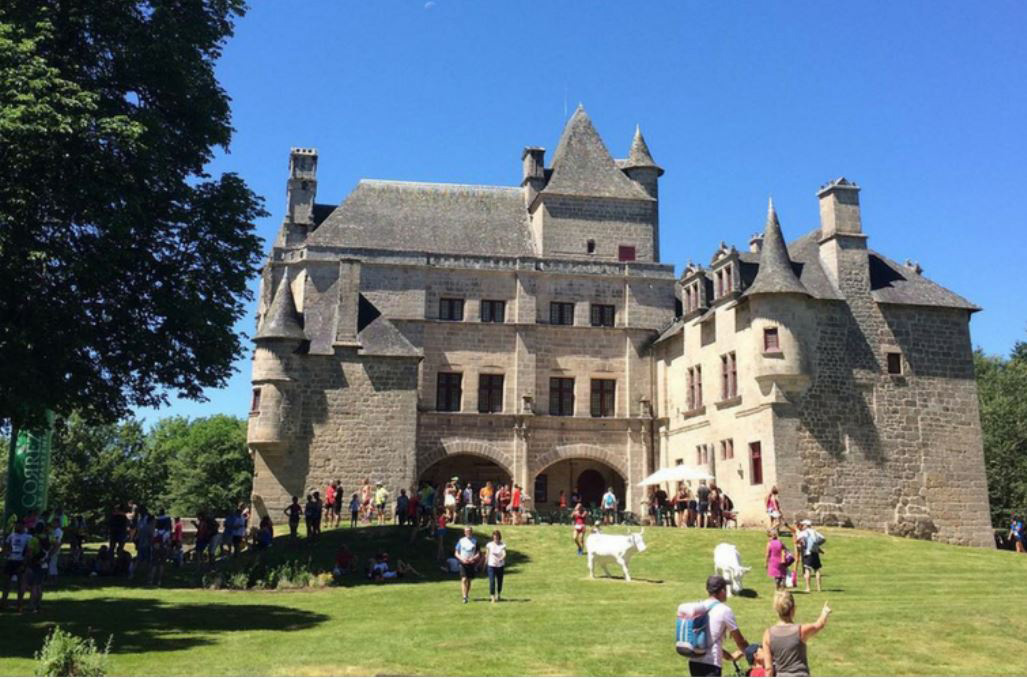 info_outline
You are here: Home / Regions / Nouvelle Aquitaine / 19-Corrèze / The Castle of Sédières, jewel of the Renaissance period

The Castle of Sédières, jewel of the Renaissance period

3 km from Clergoux, 20 min from Tulle and 45 min from Brive, in a vast estate of 130 hectares of forests, ponds and white water, stands the Château de Sédières, a real jewel of the "Italian Renaissance", classified as a Historical Monument in 1958, and property of the Departmental Council of Corrèze since 1965.

Built in the 15th century by the Bothier (or Bouthier) family, lords of Sédières and Champagnac, the castle was then a fortified residence, square in shape, enclosing a small courtyard and a 5-storey keep. It remains from this period the drawbridge giving access to a door flanked by two turrets, some machicolations and loopholes .

In the 16th century, major renovation work was undertaken by Dominique de Sédières, transforming this feudal castle into a pleasure dwelling. Ditches were filled in and replaced by terraces, the surrounding walls were destroyed, sharp roofs and pepperpot turrets added grace to the old manor.

In the 16th century, the Lentilhacs decided to create a magnificent French garden, before emigrating during the Revolution, abandoning the castle.

In 1821, General de Chanal bought the property and gave new life to the estate. The restoration of the castle and the outbuildings is then undertaken under the influence of the famous French architect Viollet-le-Duc and the 400-hectare agricultural estate is once again exploited.

On the General's death, his daughter, wife of the Baron de Neukirchen de Nyvenheim, decided to create an agricultural orphanage which remained at the forefront of technical progress until 1904, when it was closed.

The estate of Sédières then experienced a new and long period of abandonment and sank into a state of deplorable decay and degradation.

In 1965, the Corrèze Departmental Council decided to buy back the château and its outbuildings for 40,000 francs, after declaring it to be in the public interest, and the State became the owner of the adjoining forest estate, reduced to 130 hectares.

As soon as the château was purchased, the first emergency measures were taken - the buildings were taken out of water, shoring was put in place, etc. - and a vast restoration programme was undertaken. Work continued from year to year.

To the south, the drawbridge was replaced by a standing bridge, but the 15th century entrance châtelet, flanked by two watchtower turrets and pepperpot roofs, was preserved.

The buildings, decorated with beautiful openings, remain asymmetrical as in the Middle Ages, and the sloping roofs retain traces of machicolation. The watchtower turret in the south corner has a Renaissance decoration.

During the summer period, the castle houses a temporary exhibition and offers a pleasant terrace for refreshment. All summer long, the estate of Sédières offers aperitif-concerts, shows for young people, partnership shows, music...

The Castle of Sédières, jewel of the Renaissance period