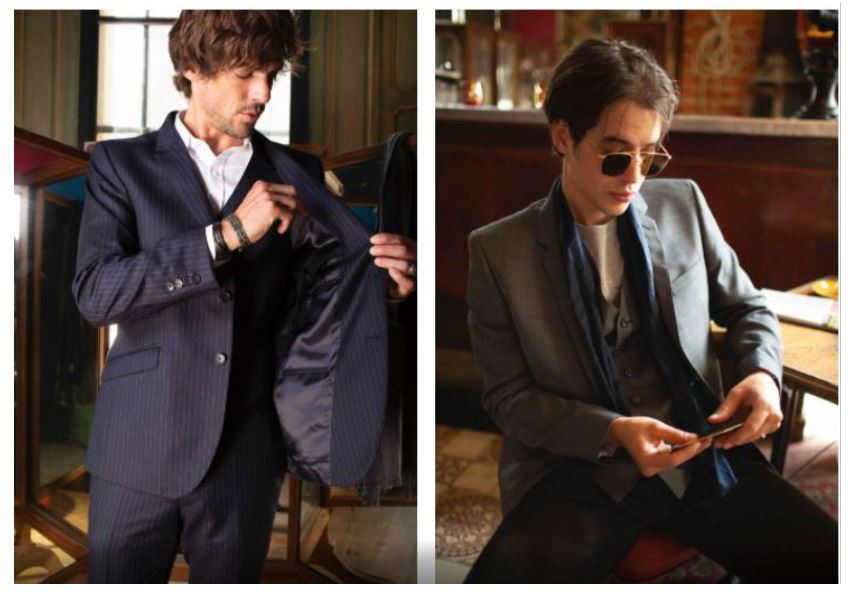 label
Made in Grand Sud

The only French costume manufacturer ETAIT in Limoges.

The only manufacturer of French suits IS in Limoges.

In March 2020, in the middle of the liquidation of France Confection in Limoges... a new company, called France Manufacture, was created to save the know-how of the last French costume maker.

For years Smugler made the last French costumes in Limoges and then had to "relocate".

So in March 2020, a new brand of clothing "Belleville" was created, where we will make men's suits, which requires a solid knowledge of the market and a certain talent.

Gilles Attaf is precisely the right man for the job, as much by his commitment to make it in France as by his recognized talents as a costume designer.

"Belleville" is an ode to Paris and the choice of this patronymic is not insignificant for this new brand which wants to mark men's fashion with suits "made to measure industrial" as Gilles Attaf likes to describe it.

A fashion entirely made in the workshops of France Manufacture in Limoges, directed by Pierre-Antoine Contantinides.

Gilles and Pierre-Antoine have known each other for a very long time and the Belleville project quickly took shape despite the Covid crisis. Gradually, everything was put in place until the inauguration on Thursday, September 24, 2020 of the flagship store located at 9 rue Française in the 2nd arrondissement of Paris.

"Belleville" is more than just a suit suit, it is also a plunge into the French know-how that Gilles Attaf has defended vigorously for years when he was at the head of Smuggler, which now manufactures outside our borders.

He is also committed to supporting French companies by founding the "FFI" with Arkea as a partner.

With these "Forces Françaises de l'Industrie" (French Industrial Forces), which bring together many company managers, he fights for the reindustrialization and safeguarding of the national garment industry.

To present this new collection, mannequins were needed. It was during the meetings with Gilles and his team that the musician Manu Katché took part in this game in a friendly way.

Belleville was born under good auspices and offers men's fashion enthusiasts all the advantages of the work of a real tailor with those of industrial made-to-measure clothing developed in the workshops of France Manufacture.

In addition to the Parisian boutique, the recently launched website allows dandies to make an appointment at home or at work.