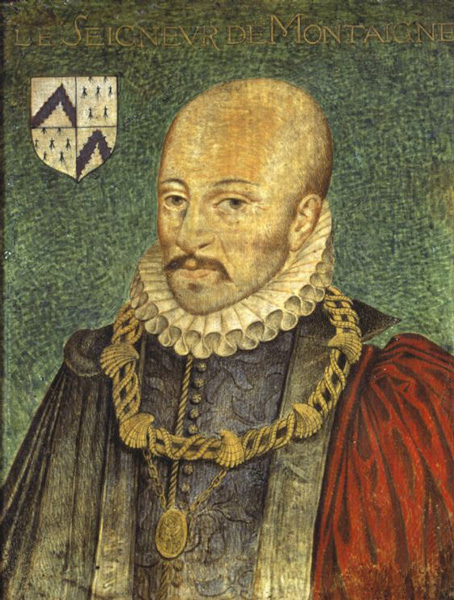 info_outline
You are here: Home / Regions / Nouvelle Aquitaine / 33-Gironde / The mystery of Montaigne

The mystery of Montaigne

The suspense around the remains of the philosopher, who died in 1592, fascinates the amateurs of Bordeaux.

In the basement of the Aquitaine Museum in Bordeaux, researchers and scientists are trying to collect new clues in the coffin that could house the remains of Michel de Montaigne.

It is in an anonymous vault, entrenched in a banal space at the bottom of a storeroom in the basements of the Museum, discovered almost by chance, that this remnant of Michel de Montaigne could be found. In November 2019, a first phase of excavations had already been undertaken and then delayed by the health crisis.

The experts had therefore opened this tomb, itself explored a year earlier by wired camera, on the initiative of the director of the Museum of Aquitaine, Laurent Védrine.

At the time, the presence of a gilded copper plate engraved with the philosopher's name and a skull in the lower part of the tomb had been revealed.

A scientific committee was then created to try to solve the mystery of this tomb. A year later, the tomb was opened. The tomb contained a wooden coffin, itself housing a lead container.

In September 2020, experts opened the lead container and discovered an almost complete skeleton. But also teeth in good condition, which could be hair and tissue, as well as insects, seeds and pollen.

All of this was mixed up when the remains were moved. They also opened the cylindrical lead can that was exhumed a year ago. It contains a glass flask which itself contains a parchment which is none other than the "procès-verbal of translation of the remains of Michel de Montaigne", dated March 11, 1886.

The trace had disappeared with the passing of the centuries and the movement of the coffin, since the death of the writer in 1592, in his castle in Dordogne.

The present museum where he rests was a convent and then a high school.

When his chapel was burned down in 1871, Montaigne's remains were placed in the Chartreuse cemetery for fifteen years, before returning to their place of origin, which became the Faculty of Sciences, then a bunker during the Second World War and the Museum of Aquitaine.

Numerous experts who will dissect the samples taken . The skeleton seems to point to a man. The analysis of the bones, especially the femur, will allow us to define its size. Scientists will also look for traces of kidney stones, from which Montaigne suffered, and also from the operation that his body underwent to remove his heart after his death.

But only DNA will be able to provide the ultimate confirmation of the identity of the body, if we find a direct descendant, ideally female, with whom to compare it.

The Abbey Sainte-Marie du Rivet, one of the oldest monasteries in France