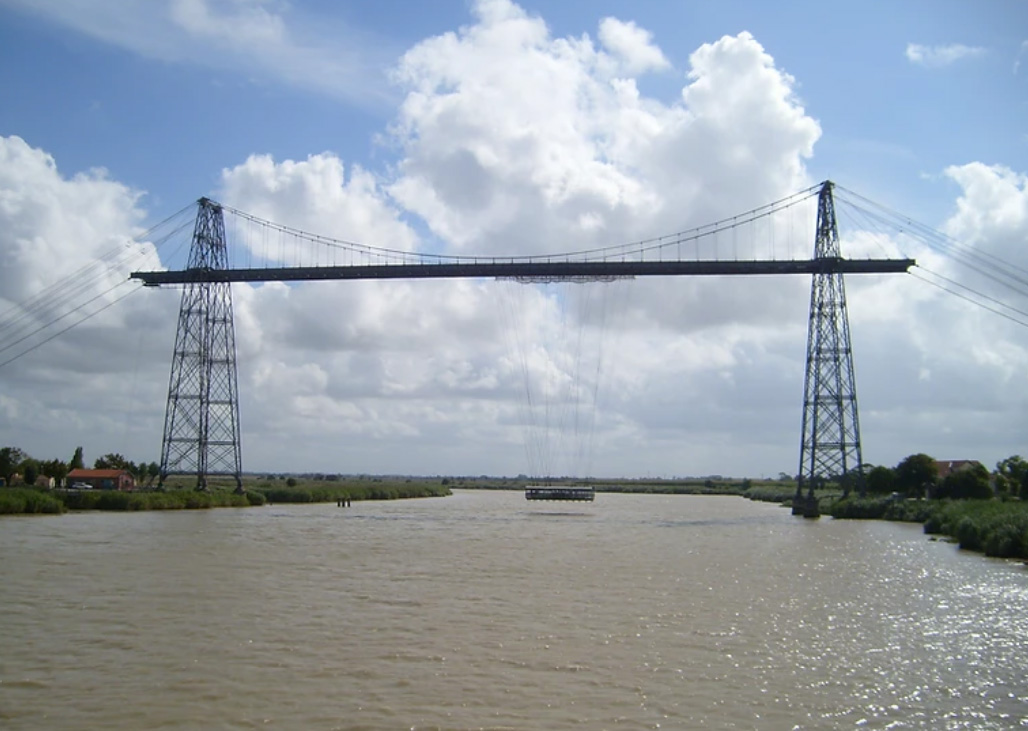 info_outline
You are here: Home / Regions / Nouvelle Aquitaine / 17-Charente-Maritime / Rochefort and the only ferry bridge in France...

Rochefort and the only ferry bridge in France...

The Transborder Bridge is owned by the State and its Ministry of Culture.

In the early 2000s, the Communauté d'agglomération Rochefort Océan became the manager of the Pont Transbordeur tourist site.

The CARO carries out many actions to enhance this unique monument, development of the surroundings, opening of an interpretation centre, organisation of the Transborder Bridge Festival, setting up of a river shuttle.

In the 19th century, the only way to cross the Charente between Rochefort and Échillais was by ferry.

This crossing system was limited at low tide or in case of bad weather conditions and strong currents.

The construction of a bridge was then envisaged to replace the ferry, which could no longer cope with the ever-increasing traffic.

The challenge is to find a bridge system that allows people to cross without hindering maritime navigation, especially the ships of the Rochefort Arsenal.

It was the Trans-shipper bridge project proposed by Ferdinand Arnodin that was chosen in 1897.

It was replaced by a lift span bridge in 1967, itself destroyed in 1991 in favour of the new Viaduct of the Charente estuary.

After a long period of abandonment, the Pont Transbordeur resumed service in 1994 for pedestrians and cyclists.

The main objective of this major project is to restore the original state of the deck designed in 1900 by Ferdinand Arnodin.

The deck was dismantled and then replaced by a new deck built on the site itself in 2018.

In March 2019, it was hoisted between the pylons of the Transborder Bridge.

The most stressed elements of the Trans-shipper Bridge were replaced: the deck, the service stairs, the suspension cables, the saddles at the top of the pylon, the wheels of the gondola carriage, etc.

The gondola, dating from 1993, is also restored and the Ferry Bridge is repainted in its original colour: black.

The resumption of crossings begins in the summer of 2020.

House of the Ferryboat