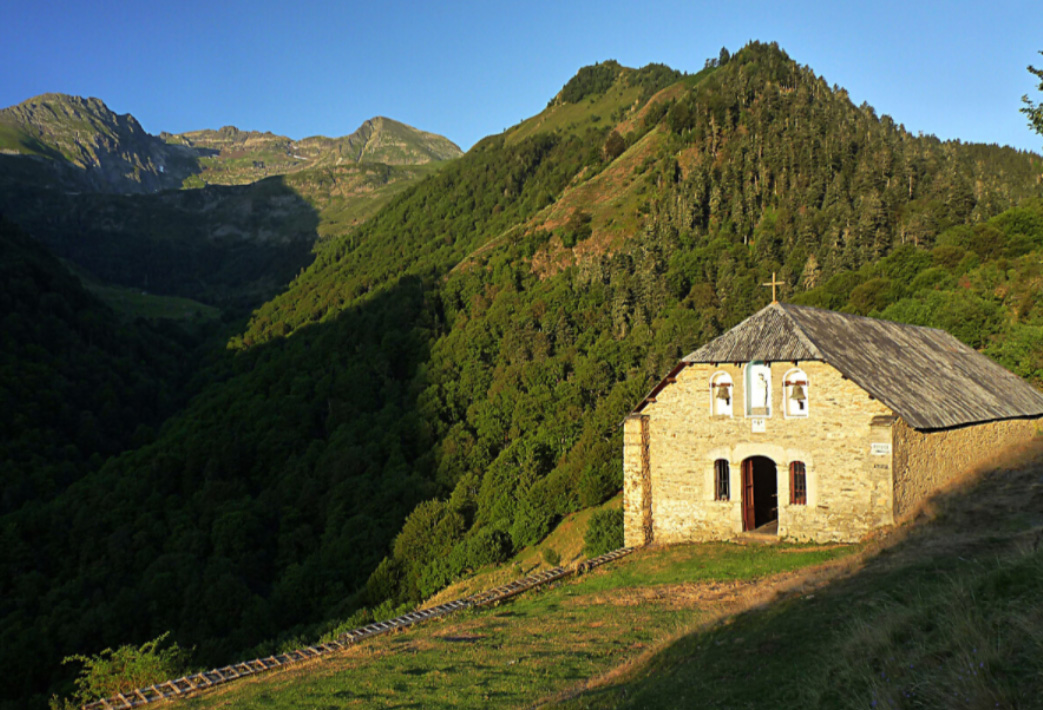 In the heart of the Ariège Pyrenees, in the Izard valley, a chapel and its refuge are located at an altitude of 1322 metres, at the foot of the Crabère and La Calebasse peaks.

Located in the territory of the commune of Antras, this religious building is dedicated to Our Lady of the Snows and its existence appears as early as the 7th century.

After being abandoned, this chapel of the Izard was first rebuilt in 1637.

The chapel became an important place of pilgrimage, every 4th and 5th August. Its construction does not present any particular architecture but became a symbolic place, having for vocation the protection of the shepherds and the herds.

This site is a recognized and renowned refuge for pilgrims.

The chapel was damaged over time, destroyed by bad weather and fires, notably the last one in 1933 which completely ravaged it.

This religious building has been destroyed a total of seven times and has always been rebuilt thanks to the mobilization and generosity of the people.

Exceptional site, now in danger, a large sheet metal roof panel of the chapel was damaged in the spring of 2019.

Nowadays, the state of this chapel urgently needs safeguarding and restoration work. The roofing is no longer attached to the framework, masonry needs to be consolidated and the interior, especially the carpentry, is subject to water infiltration. The preservation of this chapel and refuge is essential to maintain this tradition of pilgrimage, which attracts many faithful, but also hikers and tourists who come to admire the beautiful landscape that this emblematic place offers.

In view of the considerable cost of this major heritage project, you can make your contribution thanks to the subscription of the Association for the Safeguarding of the Chapel and the Heritage Foundation.

Association for the Safeguarding of the Chapel of Izard

Asterix "top sellers" and General de Gaulle at the beach