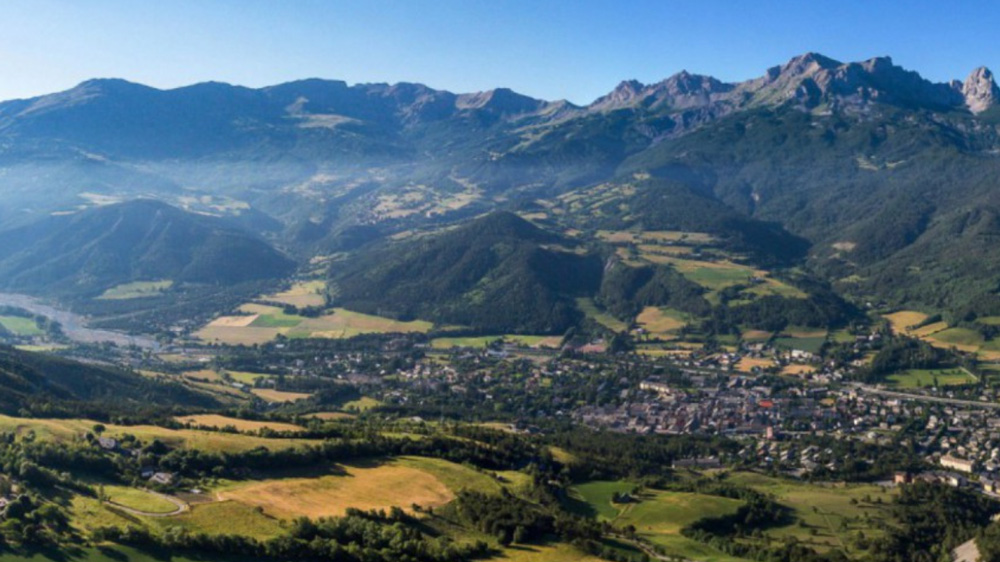 Barcelonnette is a sub-prefecture of the Alpes-de-Haute-Provence department.

It is a mountain municipality, entirely located at an altitude of more than 1100 metres, and is the largest municipality in the Ubaye valley, of which it forms the administrative, commercial and urban centre.

The curiosity of the city and the Ubaye Valley is the large number of constructions, villas or big houses built by inhabitants who had gone into exile in Mexico to make their fortune.

The Mexican villas in the Ubaye Valley were built by emigrants from Jausiers and Barcelonnette who made their fortune in Mexico in the 19th and early 20th centuries.

The movement was launched by Jacques Arnaud who, having left Jausiers, emigrated to Louisiana in 1805.

Integrated into the Acadian community, he married Marie Lalonde and was soon joined by his brothers and three of his former weavers.

With them he founded Arnaudville.

In 1821, they all moved to Mexico, where they founded the store El Cajon de Ropa de Las Sietes Puertas.

The former employees, having made their fortune, returned home in 1845. Their success encouraged many young men to join the Arnaud brothers.

Some of them had spectacular successes in textiles and banking.

Returning to the Ubaye valley, between 1880 and 1930, they built about fifty sumptuous villas surrounded by parks and gardens in Barcelonnette and Jausiers.

Built on the outskirts of the village, in scattered housing, the villas are now surrounded by the houses of the new districts that have developed since then.

In Barcelonnette... a very interesting heritage

In Barcelonette, one must see in particular the Villa Bleue, built for Camille Jean, founder of the store la Francia Maritima and completed in 1931. In art deco style, it is the collective work of architect Joseph Hiriart, Georges Tribout, Georges Beau, master glassmaker Jacques Grüber and ironworker Schwartz.

Throughout the summer, the terraces of Plaça Manuel, which invite you to take a break, to the sound of the kiosk's concerts, the Parc de la Sapinière, which lights up and lives to the rhythm of the jazz festival in July and the Latin-Mexican festivities in August.

Barcelonnette's heritage is also interesting for its parish church of Saint-Pierre-ès-Liens, built in the Middle Ages but destroyed by the great fire of 1628. Rebuilt, too quickly, in 1634-1638, then rebuilt in 1643-1644, it was demolished again in 1926-1927 to make way for the present church, begun in 1923. Its bell tower, which dates from the 17th century reconstruction, was raised in 1653 by one floor to house the bells. It is decorated with geminated bays, pyramidions and gargoyles, and surmounted in 1860 by a wrought iron campanile bearing a statue of the Virgin in gilded metal.

Also worth seeing is the Saint-Pons Church and its two porches, both abundantly illustrated.

The church is decorated with a painting of Saint Sebastian (17th century), a Saint Pons and the Holy Family, classified.

The pulpit, classified, is decorated with numerous figures.

The altar and the altarpiece of Saint Joseph are also classified.

The stained glass windows are contemporary with the last construction. Lively and colourful, they represent Christ and his mother (choir), and the saints, including Saint John of Matha in the nave.

The Cardinalis tower or "clock tower", forty-two metres high, is one of the most beautiful bell towers in the department. "It is a square tower, built in 1316 according to the DRAC (or after 1378 according to Luc Thévenon because a deed indicates that the ground of the tower is bare at that date), open with geminated bays, topped by a pyramid of tuff, framed by four pyramidions. It is built as the bell tower of the Dominican convent. »

The convent was built thanks to a bequest from Hugues de Saint-Cher, made Cardinal in 1244 before the First Council of Lyon, who died in 1263, with the support of Raimond III of Medullion (or Raimond de Mevolhon), Archbishop of Embrun, who were both Dominicans.

In very poor condition after the wars of the early 17th century, it was quickly rebuilt. The ashlar facing of the lower part dates from the 19th century. Gargoyles decorate its corners. It is classified as a historical monument.

Several tombs in the cemetery are also worth the detour for their remarkable decoration.

The museum of the Valley exhibits in different rooms the objects which marked the life of the inhabitants of the valley. Usual objects, objects brought back from Mexico or religious objects, it shelters among others the altar and the altarpiece of the Saint-Maurice chapel, destroyed for the construction of the town hall in 1934, with the portraits of the twelve apostles, dating from the 17th century and classified.

The city is also remarkable for its sundials, the oldest of which can be seen on the Paul Reynaud house, a dial from 1739, with the legend "ora ne te fallat hora", (in Latin: pray that the time does not surprise you), rue Honorat, a dial from 1752.

Among the famous men born in Barcelonnette, we should mention Paul Reynaud (1878 - 1966), a very famous politician, who was in turn General Councillor, Member of Parliament, then Minister in several cabinets, who was appointed President of the Council in 1940.
Barcelonnette has an honorary consulate in Mexico and has been twinned with Valle de Bravo (Mexico) since 2005.

The Museum of vintage motorcycles

The Pignes train... with steam

The Powder Magazine Museum of Entrevaux